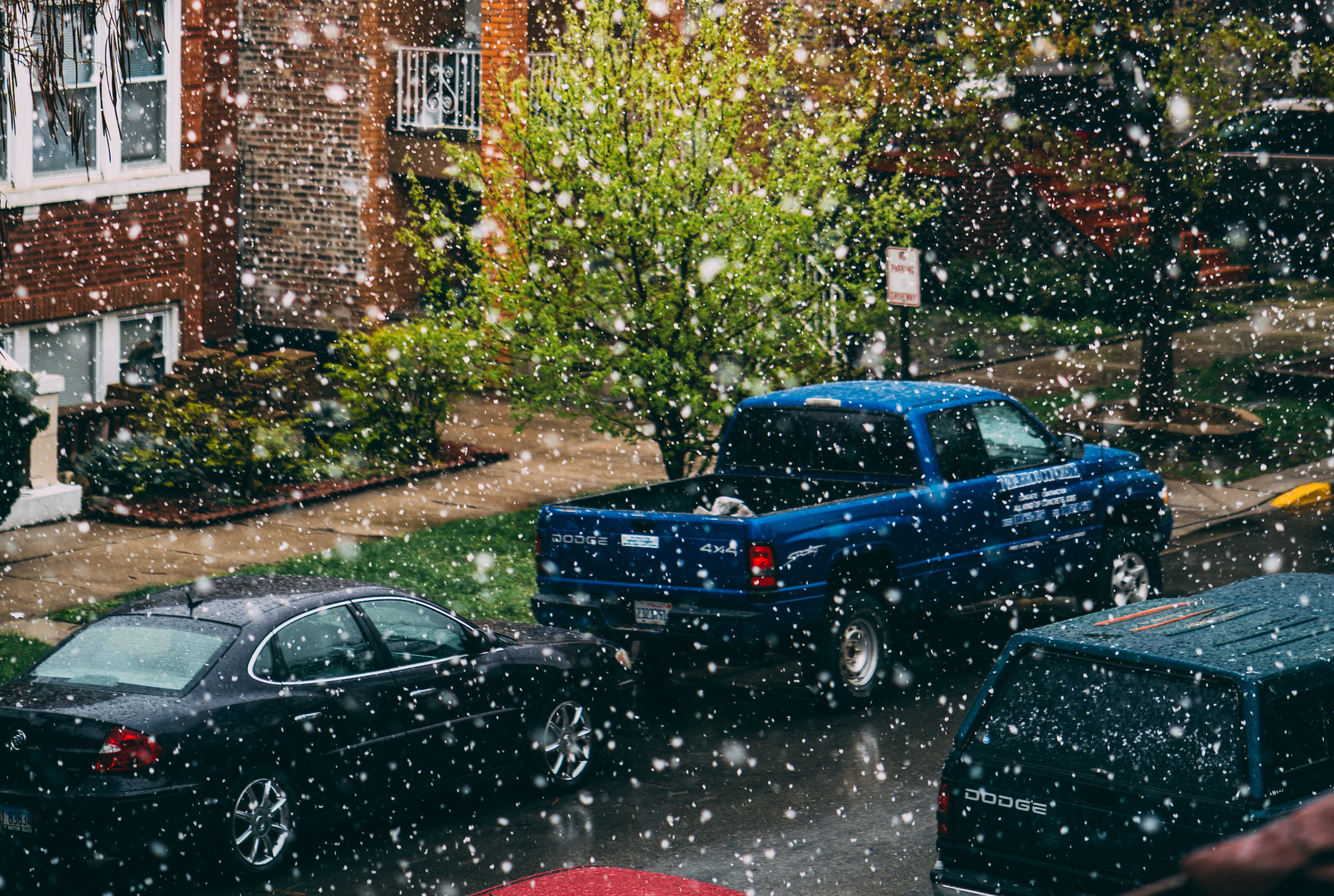 As part of the news that 2021 marks our inaugural WhatTyre Tyre of the Year awards, we have searched high and low through our database of over 250,000 tyre variations to find the best-performing all-season tyres out there.

As in the other categories, we applied the same rules to every tyre in order to narrow the field to the best. We began with the top three sizes in the all-season segment, which since they fit on normal cars all year round, is the same three sizes we used in our mass-market summer tyre category – 205/55 R16; 225/45 R17; and 195/55 R15. We then entered each size into our database, filtering for all-season tyres only. These were then ranked according to our unique TyreScore algorithm, which computes the European Tyre Label results and magazine tyre tests associated with that product, weighting according to what we deem to be UK driving preferences.

In order to get into the top 15, tyres had to bear the three-peaks-mountain-snowflake (3PMSF) winter tyre performance accreditation and achieve a TyreScore greater than 7 in at least one of the top three sizes. Where multiple variations scored differently, we chose the highest per make and model. And where older versions are still available on the market, we chose the latest iteration for our ranking.

The top 15 and why they’re there

So, who’s in the top 20 and why? Beginning in 15th position, we have the Maxxis Premitra AP3, which scored a respectable 7.12 on largely on account of its good wet grip performance and offers a W speed rating.

14th place is taken by the Falken AS210 Euroall Season, which snuck ahead of the Maxxis Premitra AP3 on account of its wider exposure to third-party magazine test scrutiny.

In 13th it’s the Firestone Multiseason 2 which is joined by the Vredestein Quatrac Pro with a TyreScore of 7.27. Vredestein’s tyre got the edge on this occasion due to its higher load and speed ratings.

Historically all-season and winter tyres have been criticised for their noise performance. However, modern all-season tyres are much better. And, in the case of the 11th placed Kleber Quadraxer 2, its one-wave (69dB) quietness is what lifts it above its competitors.

The 10th-placed Hankook Kinergy 4S H750 sports a CB rating on the label as well as a host of solid test results that praise its fuel economy and mileage performance, all of which gives it a TyreScore of 7.45.

Just 0.03 points higher on the ranking is the 9th placed Pirelli Cinturato All-Season, which was something of a pioneer when it was launched about six years ago. And the fact that it is still performing in 2021 is testament to Pirelli’s innovation. However, it is also worth mentioning that this tyre was superseded by the launch of the Pirelli Cinturato All Season SF 2 boasts in February, which will hit the market later this year and which boasts 50 per cent better mileage. Definitely one to watch out for.

Eighth position is occupied by the BF Goodrich G-Grip All Season 2, which again is just a narrow margin ahead of the Pirelli Cinturato All-Season, but does have the further advantage of a significantly greater load index supported by some rigorous recent magazine tests as well.

The Sava Adapto, which is part of Goodyear’s stable of group brands, can be found in seventh position. Quietness as well as strong test results make this tyre stand out, especially considering it offers this performance at an economical price point.

Michelin’s pioneering Crossclimate+ occupies sixth position. Michelin was the first tyremaker to develop a summer-tyre-with-winter-performance type of all-season tyre when the original CrossClimate came out in 2015. However, with the CrossClimate 2 due to arrive in Europe at “a later date in 2021”, we can expect results higher than the current range’s TyreScore of 7.81 in the future.

The first five on the grid…

And now for the finalists, which are generally made up of companies that have established reputations in the winter tyre segment. That is, perhaps, no surprise, but all-season tyres have to be about more than winter performance; a reality that has become even more important since the advent of year-round tyres – tyres that add winter performance to high levels of summer performance.

Fifth place goes to the Vredestein Quatrac, which was described as “exemplary” by the expert German testers at Autobild magazine and achieved a TyreScore of 7.88.

In fourth, it is the Continental AllSeasonContact, which takes performance up a gear as the first tyre in our 2021 all-season tyre ranking to achieve a TyreScore north of 8 (8.18 to be precise). It also won the November 2020 Auto Express test, which praised its “balance across all disciplines”, describing it as “a great all-rounder”.

The Bridgestone Weather Control A005 joins the Continental AllSeasonContact with a TyreScore of 8.18 and has the distinction of being described as “exemplary” by AutoBild Allrad. In addition, its achievement of such a high score while also offering a high load and speed rating as well as Bridgestone’s proprietary DriveGuard run-flat technology, gives it the edge.

Famed winter tyre maker Nokian takes second place for its Weatherproof which achieves an A-rating for wet grip and is the quietest tyre in the top five, earning it a TyreScore of 8.22.

Pole-position goes to the new Goodyear Vector 4Seasons Gen3 which somehow manages to tick almost every box. A-grade rolling resistance performance on the tyre label? Check. Recommendations in the most recent and stringent third-party magazine tyre tests? Check. The highest load rating on the chart. Check. All of this is summed up in a TyresScore of 8.99 which is head and shoulders above the next nearest tyre. In other words, when it comes to the finalists and the out-right winner. The Goodyear Vector 4Seasons Gen3 will be difficult to beat.

When it comes to tyres the term ultra-high-performance has lost some of its cachet, but in doing so has grown in significance. No longer synonymous with the supercar posters found in many a teenaged bedroom in the 70s and 80s, chances are good that UHP tyres are available for the car you drive. Evidence of the UHP tyre segment’s evolution into the volume market can be seen in our long-list, which includes products ranging from strictly performance-oriented tyres to those with a greater emphasis on comfort and economy. Today’s super and hypercars run on UUHP (no prizes for guessing what the second ‘U’ stands for) rubber, and these products are also included in this category.
Read Article

Winter tyres may be a small part of the UK market, but there is still an incredible array of quality products to choose from. We suggest that every tyre mentioned on our longlist is worth considering, especially since prices (which you can find on WhatTyre) can vary hugely even within this list of the top products. For the purposes of our ranking, we focus only on the tyres’ performance qualities. We will announce our top five recommended products and the winner of the WhatTyre Winter Tyre of the Year 2021 in around a week’s time, alongside our other five Tyre of the Year categories and the overall winner.
Read Article

We’re creeping towards the end of lockdown and a year of minimal driving, and more than a few people will want a new set of tyres before hitting the road this summer. While the cheapest products out there may dazzle with their rock-bottom prices, it can be much more economical in the long term – not to mention safer – to look at your options. The inaugural WhatTyre awards search the market for the best-performing, safest and most efficient tyres to fit in spring and summer 2021.
Read Article

This March we are introducing the inaugural WhatTyre Tyre of the Year Awards – an authoritative ranking of the best tyres out there. This starts with publishing our nominations of the highest-performing tyres across six key categories, namely: summer, winter, all-season, UHP, SUV and electric vehicle-orientated tyres. The length of each list differs in each category because of the range of tyre manufacturers and products in each segment, but every list has been scrutinised just as closely. The long-lists will be followed by our recommended short-lists as well as, of course, category winners. The coverage begins here with our nominations of which tyres to consider when it is time to change the treads on your Sports Utility Vehicle (SUV).
Read Article