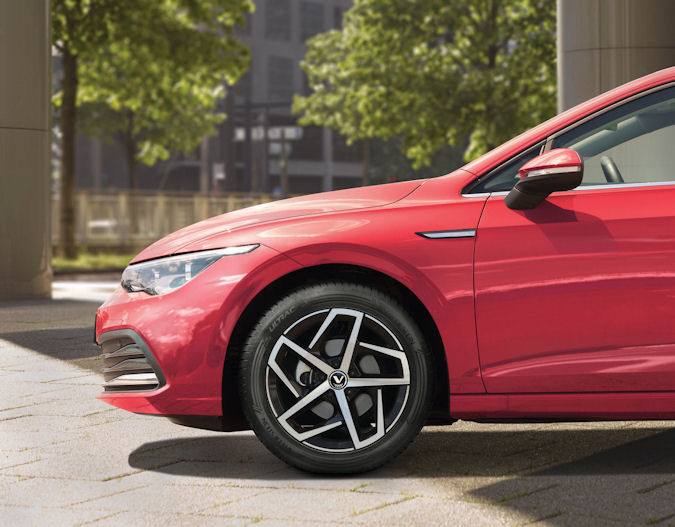 Leading summer tyres to consider when you buy

We’re creeping towards the end of lockdown and a year of minimal driving, and more than a few people will want a new set of tyres before hitting the road this summer. While the cheapest products out there may dazzle with their rock-bottom prices, it can be much more economical in the long term – not to mention safer – to look at your options. The inaugural WhatTyre awards search the market for the best-performing, safest and most efficient tyres to fit in spring and summer 2021.

The WhatTyre Tyre of the Year Awards offers an authoritative ranking of the best tyres out there. Following on from the publication of our long-list for the SUV category, we now present you our nominations for the summer car tyre segment. We will look at UHP tyres in a separate category.

Methodology – how we did it

Before sharing the identities of the best-performing car tyres, a few words on how we generated the long-list. A vast number of summer tyres are sold in the UK – according to the Tyrepedia database that WhatTyre is based on, more than 600 brands and over 10,000 different variations of size, speed and load rating are currently offered. And as is the case for the other tyre market segments we’ve looked at so far, there is a sizeable difference in performance between the top and the bottom of the market. From the beginning, WhatTyre’s goal has been to help drivers “find the best tyres for you,” so when it came to selecting award nominees, WhatTyre’s unique TyreScore comparison algorithm was our first port of call.

As anyone familiar with WhatTyre knows, the journey begins with tyre size. Once this information is entered, the system generates a list of the highest-scoring tyres on the market. This basically turns the tyre performance label that every product is legally obliged to carry into a series of numbers. These are weighted in favour of wet grip and fuel consumption – as most motorists place more importance upon a tyre’s ability to stop and how much it costs to run than they do on pass-by noise. From here, the scores are cross-referenced with our unique database of thousands of tyre test results from specialist magazines and motoring clubs across Europe. Again, these results are turned into digits which are then processed along with label scores in order to generate a meta-score, which we call the TyreScore. A key advantage of this approach is that it boils down all the different data points into a single figure that provides a good starting point for our market comparison.

But what sizes did we start with and why? In order to tune our long-list to the car tyre segment, we identified the top three summer car tyre sizes in the UK (205/55 R16, 225/45 R17, 195/55 R15) and repeated the WhatTyre comparison process across all three. When the same tyre generated different scores in different sizes, we took the highest scoring value to represent the range. From here, we further specified that tyres had to either achieve a TyreScore of at least eight or have been tested in at least one of the reputable third-party magazine tyre tests represented in our database. In order to keep things current, we only looked at tyres tested since 2019. Any product receiving an explicit non-recommendation in a tyre test during this period has been taken out of the running.

In cases where retailers continue to offer prior generations of a tyre line alongside its current-generation counterpart, we have chosen the latest product as representative. To minimise overlap with our UHP tyre awards category, the summer tyre long-list is open to 17-inch tyres with a V or lower speed rating.

We were left with a baker’s dozen of summer car tyres as the basis for our awards nominations list.

Beginning in 13th place is a product whose TyreScore is just 6.77, a result that reflects a ‘CC’ grade for wet grip and rolling resistance (in size 205/55 R16 91V). But label results only tell a part of the story, and its overall victory in the recently-published Auto Bild 2021 summer tyre test makes the Kumho Ecsta HS51 very much a tyre at home on our long-list. Testing in the aforementioned 205/55R16 size, Auto Bild’s test team commended the Ecsta HS51 for its precise steering response, secure wet grip, well-balanced handling, short braking distance, low wear rate and affordable price.

Next is a tyre recommended and declared ‘exemplary’ in European tyre tests last summer. Thanks to results such as these and its ‘A’ grade for wet grip in many sizes, including the popular 205/55 R16 91W dimension (C-grade for rolling resistance), the Apollo Aspire XP gains a very respectable TyreScore of 7.68.

Cooper launched its Zeon CS8 in 2015 as a successor to the CS6. The tyre features large circumferential grooves that clear water quickly, and it thus has a ‘A’ grade for wet grip. Rolling resistance is ‘C’ in many sizes, including the popular 225/45 R17 dimension we looked at. TyreScore is 7.71

Maxxis introduced the Premitra HP5 to address growing demand for performance-oriented tyres, and has been rewarded for its efforts with positive results in a number of comparative tests. German magazine Autozeitung called the tyre ‘highly recommendable’ in its 2019 and 2020 summer tests, as did ACE Lenkrad last year. Auto motor und sport rated the Premitra HP5 ‘good’ in 2021. With an ‘AC’ grade for wet grip and rolling resistance, the Maxxis’ TyreScore is 7.93.

The Falken Ziex ZE310 Ecorun is a solid performer that’s been recommended with a ‘good’ rating in one of the tyre tests to come out of Europe this year. Having appeared in numerous tests since its introduction and with an ‘AC’ grade for wet grip and rolling resistance, the Ziex ZE310 has a TyreScore of 8.28.

With the PremiumContact 6, the tyre developers at Continental aimed to bridge the gap between a comfortable and a sporty tyre. The PremiumContact 6 has been a strong performer in the four years since its launch, delivering balanced performance at a high level. Multiple tyre tests to its name and an ‘AC’ grade for wet grip and rolling resistance contribute to a TyreScore of 8.30.

Vredestein may have first brought its Sportrac 5 to market in 2012, but the tyre has held its own over the years. In its most recent comparative test appearance in 2019 the Sportrac 5 gained a recommendation of ‘good’ and was commended for its performance in wet conditions. The Sportrac 5 has a ‘AB’ grade for wet grip and rolling resistance in the 195/65 R15 91H dimension we looked at. TyreScore is 8.50.

Hankook promotes its Ventus Prime 3 as the “perfect balance between performance, comfort and safety,” and the tyre’s popularity is underscored by a swag of original equipment approvals. It has also been well-represented in European tyre tests. Add an ‘AB’ grade for wet grip and rolling resistance, and the Hankook Ventus Prime 3 gains a TyreScore of 8.76.

In July 2017, Pirelli’s Cinturato P7 Blue range was extended to include ‘AA’ European tyre label ratings on all newly-introduced sizes, building on the range’s 2012 claim of being the first tyre to ever achieve the top grade for both wet grip and rolling resistance in selection dimensions. With an ‘AA’ result and a number of tyre test recommendations to its name, the Pirelli Cinturato P7 Blue achieved a TyreScore of 9.45 in 225/45 R17 91Y. This dimension and speed rating is ineligible for the non-UHP summer tyre category, but its ‘BA’ size 205/55 R16 91V counterpart also achieved a very respectable TyreScore of 8.85.

Nokian refers to its Wetproof as the “enemy of aquaplaning.” Think of it as an all-season tyre without specific snow and ice capabilities, as Nokian has developed the Wetproof to “work safely and reliably from spring mornings to late autumn” in order to offer “steady performance and peace of mind for all three seasons.” As expected, the Wetproof has an A-grade for wet grip (as well as a B-grade for rolling resistance), and thanks to this and a number of tyre test recommendations has a TyreScore of 8.94.

The successor to Goodyear’s popular EfficientGrip (which, aided by strong tyre test results over its lifetime, still boasts a very respectable TyreScore of 9.64) arrived last year. Billed by one online retailer as “the best mileage summer tyre,” the EfficientGrip Performance 2 is said to offer “about two extra seasons on the road and 20% better mileage” than the next-best tested tyre when compared to four of the latest competitor products. Good test early results, including a number of wins, and an ‘AB’grade for wet grip and rolling resistance add up to a current TyreScore of 9.39 – but continued test successes may see this number head north.

Before Bridgestone developed the new Turanza T005 it interviewed around 15,000 tyre buyers across Europe to identify what they want and need from a touring tyre. The tyre maker says it analysed this feedback carefully, and the Bridgestone Turanza T005 thus “puts drivers in control, especially in the wet.” With an ‘AA’ tyre label grade and a strong showing in numerous tyre tests, our runner-up has a TyreScore of 9.47.

With a lofty TyreScore of 9.85, top dog in the summer tyre category is the Michelin Primacy 4. Michelin reported a number of improvements in its latest-generation Primacy upon its launch in 2017, claiming in particular that the fourth-generation tyre provides “a high level of performance on wet roads, from the first use until worn to the legal wear indicator.” Test recommendations, including an outright win in auto motor und sport’s 2021 supermini 195/55 R16H test, and ‘AA’ label grades add weight to this claim.

From this list of 13 candidates, we will select what we believe to be the five best summer car tyres on the market. Check back in the coming days and weeks to find out who has made the cut, and which product has been crowned the What Tyre Summer Tyre of the Year.