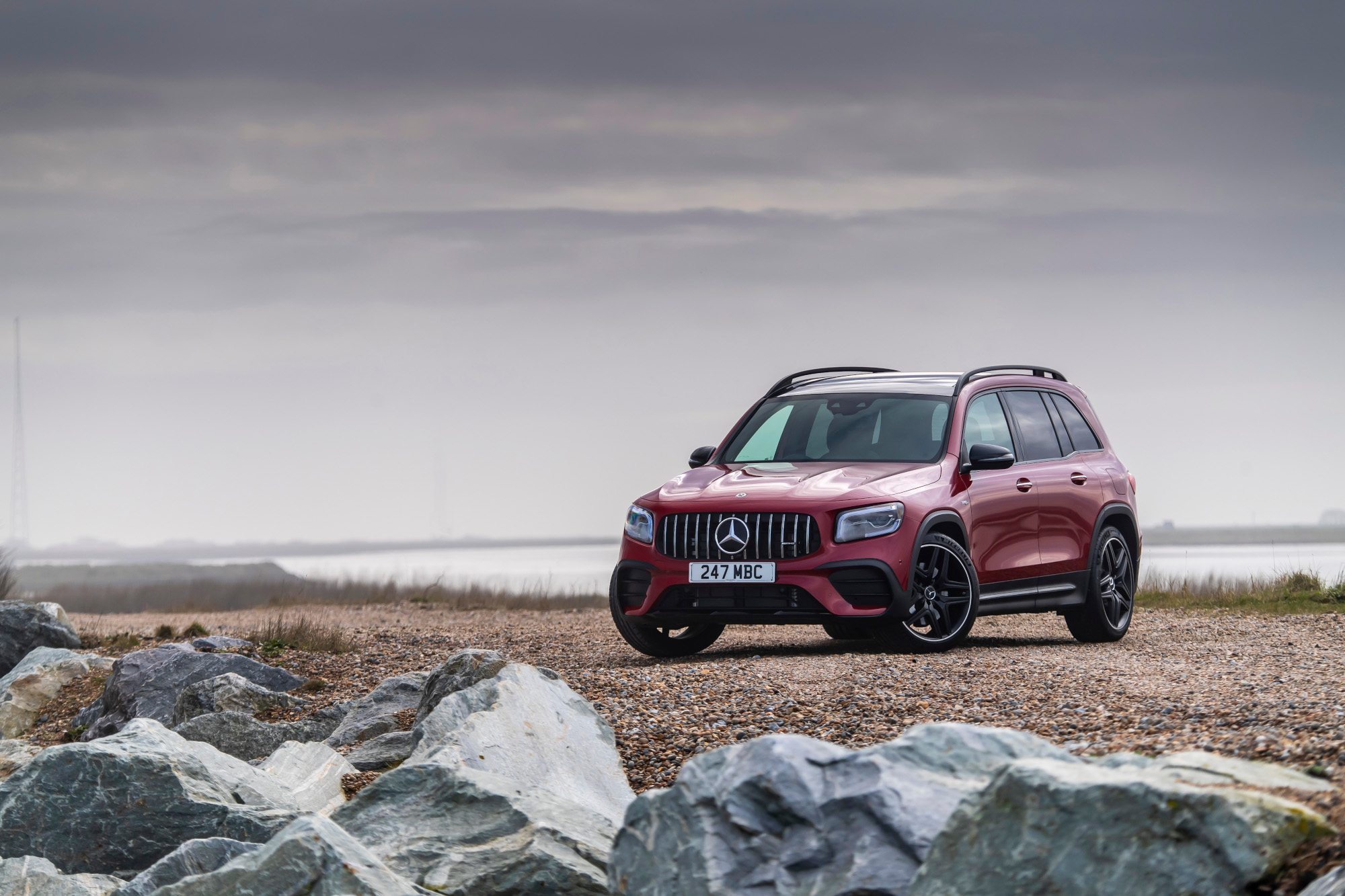 Following the unveiling of the first WhatTyre SUV Tyre of the Year nominees earlier this month, the time has come to name the finalists. In order to identify the best of the best, we entered the top three SUV tyre sizes (235/60 R18; 215/55 R18; and 215/60 R17) into our unique comparison engine in order to filter the database of a quarter of a million variations down to the most relevant products. Our system boils down all the legally-required European tyre label performance data as well as our library of third-party magazine test cross-references into a single figure.

To be considered for nomination, tyres had to achieve a TyreScore of at least 7. Of those that did, we formed the top 20 into our nominations list. However, it takes even more to gain recommended status and when it comes to winners – there can be only one. So how did we whittle down the long-list of nominees into our shortlist of recommended SUV tyres?

First, we raised the bar, insisting that shortlisted tyres achieve a TyreScore of at least 8.75. This means all the tyres we recommend are achieving strong tyre label results as well as decent magazine tyre test results.

Next, we sharpened our focus on SUVs to make sure that the winning tyres properly represent the right market segment. This decision was partly the result of feedback from our readers who basically asked why some seemingly car orientated tyres ended up being long-listed above apparently more SUV-intended products. It’s a good question and one that we will reflect on further in future awards years, but the answer is also pretty straightforward. We chose our nominees based on the top three SUV sizes according to third-party market research. Since cars like the Nissan Qashqai remain a popular part of the UK car parc, the lines between cars, cross-over vehicles and SUVs are blurred. Likewise the load ratings of such vehicles can often range between 92 and 96 (630 to 710 kilos), figures that could also be suitable for “cars”. This moves the discussion into questions of whether a Qashqai is an SUV or CUV. But the main point is that they have a big market share and therefore their tyre fitment is relevant to a lot of people.

Nevertheless, we listened to the feedback at shortlisting time and raised the bar in terms of load index to 100 – a nice round 800 kilos. As a result, all shortlisted tyres will be more specifically suitable for Sports Utility Vehicles. This also altered the top five of our original nominations list, making it more diverse and representative of the intended sector. So, without any further ado, here are the finalists led by this WhatTyre SUV tyre of the year.

Congratulations to Michelin whose Pilot Sport 4 SUV is this year’s WhatTyre SUV Tyre of the Year 2021. In short, the tyre’s TyreScore of 9.7 was a clear way ahead of second place and makes it a worthy winner. As well as its AA rating and “exemplary” Auto Bild test performance, the Michelin Pilot Sport 4 SUV also offers a W speed rating (clearing it for speeds up to 168 mph). The 235/50 R18Pilot Sport 4 SUV’s load rating of 107 (970 kilograms) further demonstrates its out-and-out SUV suitability.

The nearest score on our long-list was actually 9.55, held by the Michelin Primacy 4. However, despite its double AA label rating and strong magazine reviews, this tyre’s 96 load rating (in 215/60 R17) didn’t meet the SUV award’s finalist load rating criteria of 100+.

Rather, second place has been worthily claimed by the Bridgestone Turanza T005. The Turanza T005 is one of just four products capable of accumulating a TyreScore total of more than 9 and pairs AA rated performance with a host of glowing magazine test reports. Indeed, Auto Express’s September 2020 tyre test said: “the T005 is the one you want if you cover high mileages, because the Turanza will cut fuel bills…And that hasn’t been achieved by totally compromising wet grip.”

The third-placed Goodyear’s EfficientGrip SUV is another member of the exclusive 9+ TyreScore club. Widely praised for its balance of performance characteristics as well as high scores in both wet and dry testing, you can understand why. Looking forward, Goodyear launched the EfficientGrip 2 SUV in January 2021. The manufacturer says the latest version of the tyre offers 25 per cent longer life versus the previous-generation tyre. A full range of sizes is expected by February 2022. By that point, the Goodyear EfficientGrip 2 SUV’s performance will no-doubt also be supported by a full complement of magazine tyre tests. With a predecessor as good as the Goodyear EfficientGrip SUV, the Efficient Grip 2 SUV is likely to be an even stronger contender when it comes to the 2022 awards!

The Continental ContiPremiumContact 6 takes fourth position based on its impressive TyreScore of 8.9. The ContiPremiumContact 6 may be the SUV variant of a wider passenger car tyre range, but its V speed and 107 load rating in the 235/60 R18 fitment testify to its SUV credentials, as do the string of strong test performances in some of the toughest magazine tests in Europe.

The Pirelli Scorpion Verde rounds off our list of recommended SUV tyres in fifth position. Its AB label rating and a catalogue of magazine test results speak volumes about this SUV tyre’s prestige and performance. According to Pirelli, The Scorpion Verde was “created to take full advantage of Pirelli’s latest materials, structures and tread patterns in order to guarantee savings, respect for the environment, comfort and safety on all road surfaces” – all things that are of particular importance to a 100 per cent on-road out-and-out SUV tyre.

Congratulations to all our finalist tyres which originate from five different manufacturers hailing from at least three different continents as well factories from all around the world. Such is the performance of these leading products, we can be confident in recommending all five of these tyres for your SUV next time you change. Particular congratulations are due to Michelin, whose Pilot Sport 4 was the clear winner this time round.

Having, celebrated the worthy winners of our awards recommendations as well as the outright winner, the Maxxis Premitra HP5, which entered our SUV top 20 in ninth position, is also worth a mention. Its TyreScore of 8.54 as well as its BA label rating give an indication of this economy-competitive competitor’s direction of travel. Furthermore, the very latest magazine test results, which were published after we compiled our ranking, suggest the Premitra HP5 can outperform some of the biggest names out there. Definitely one to watch in the future.

What SUV, UHP, summer, all-season, winter or electric tyres should I buy?

250,000 tyres and 600 brands later, the nominations for the inaugural WhatTyre awards are complete. So what SUV, UHP, electric vehicle, summer, winter or all-season tyres should you buy? Our nominations lists, which rate up to 20 of the best tyres in each category are a great place to start. Each of these tyres receives WhatTyre "Commended" status as a result of meeting our stringent nomination criteria. You can navigate to each category below.
Read Article

What are the best electric car tyres in 2021? The recent boom in electric vehicle sales has meant that tyre manufacturers are paying more attention to the demands of this market. While new car demand has stalled in most segments during the pandemic, full electric car sales have continued to grow. In Europe, estimates put full electric or hybrid car sales at around 12 per cent of the full market. And with various countries around the world introducing legislation to bring petrol and diesel production to an end over the next two decades, growth is certain to continue. Likewise, this will inevitably mean more manufacturers will provide replacement tyres tuned to these vehicles, especially as the second-hand market blossoms.
Read Article

As part of the news that 2021 marks our inaugural WhatTyre Tyre of the Year awards, we have searched high and low through our database of over 250,000 tyre variations to find the best-performing all-season tyres out there.
Read Article

When it comes to tyres the term ultra-high-performance has lost some of its cachet, but in doing so has grown in significance. No longer synonymous with the supercar posters found in many a teenaged bedroom in the 70s and 80s, chances are good that UHP tyres are available for the car you drive. Evidence of the UHP tyre segment’s evolution into the volume market can be seen in our long-list, which includes products ranging from strictly performance-oriented tyres to those with a greater emphasis on comfort and economy. Today’s super and hypercars run on UUHP (no prizes for guessing what the second ‘U’ stands for) rubber, and these products are also included in this category.
Read Article