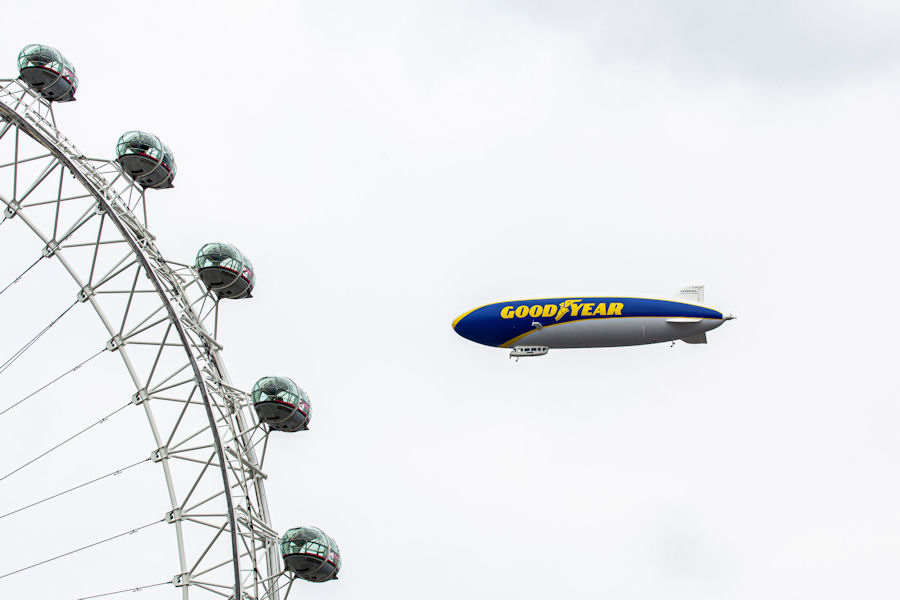 The Blimp is back

Those of you in London and the south of England should keep their eyes on the skies next week, for the Goodyear Blimp is returning. This third Blimp excursion since the airship’s comeback in 2020 will see it float over England from next Wednesday. Goodyear tells us that the Blimp will be above the London area on 11 and 12 May. From there, it will travel to Brands Hatch for the second round of the British Touring Car Championship on 14 and 15 May, where it will provide aerial coverage of the race.

The UK visit is taking place as part of a larger tour that features five racing events, including the 90th edition of the 24 Hours of Le Mans and the WTCR – FIA World Touring Car Cup round at the Nürburgring. The airship will also soar above a number of cities.

Belgium is the first destination for 2022, with the Blimp visiting the 6 Hours of Spa in Belgium on 7 May. After popping over to Blighty, later in the month the airship heads to Germany to take on WTCR aerial duties at the Nürburgring on 28 May. The Blimp will continue its tour in June, starting with a visit to the 24 Hours of Le Mans on 10 to 12 June, where it will again provide aerial coverage. The tour concludes in Milan with a third visit to the WEC series at the 6 Hours of Monza on 9 and 10 July.

The Goodyear Blimp operating in Europe is a Goodyear-liveried Zeppelin NT semi-rigid airship. The Zeppelin NT measures over 75 metres in length – nearly three quarters the length of a football field – and is almost 18 metres high. It is the same model airship as the three Blimps operated by Goodyear in the United States.