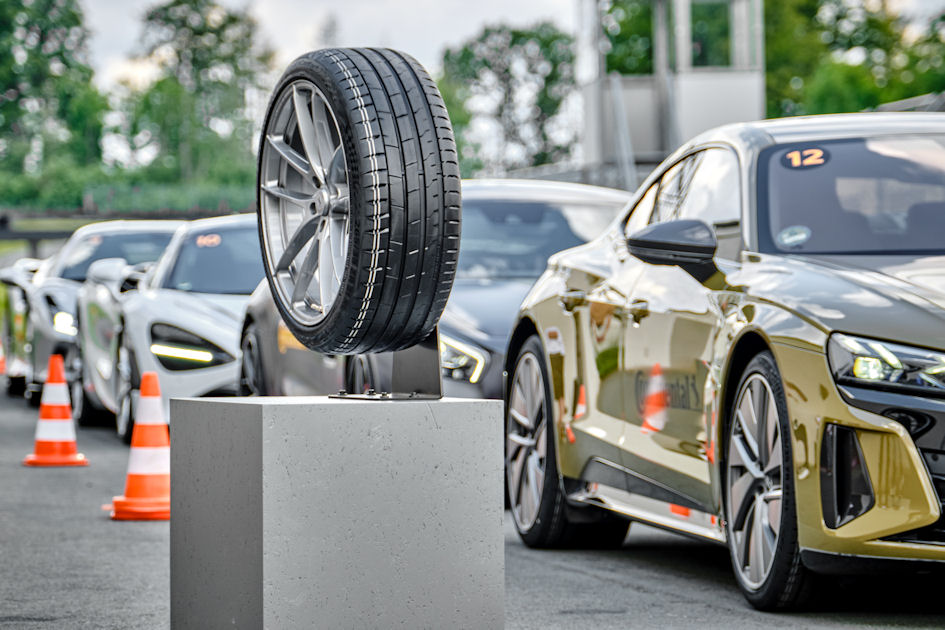 The best Supersports tyres of 2022 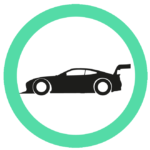 The sharp end of the performance tyre spectrum is now the domain of the supersports or ultra-ultra-high performance (UUHP) tyre. Completely road legal but also designed to deliver superior performance on the track, these products are tasked with the weighty remit of providing a dynamic yet safe driving experience to the world’s most powerful cars in both wet and dry conditions. WhatTyre has identified six supersports tyres that excel at this. 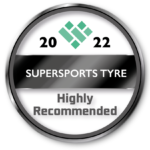 Bridgestone unveiled its Potenza Sport in 2020 and this successor to the Potenza S001 quickly made a name for itself by winning the Auto Bild Sportscars 2021 tyre test with what the motoring publication called a “completely new benchmark” for wet handling – a feat that Bridgestone described as “fantastic recognition for what we already knew to be market-leading performance. The tyre also gained several podium finishes in its first year before continuing its strong showing in 2022 with a ‘very good’ rating in the UUHP section of the Sportauto 235/35 ZR19 test, in which the testers voted it the “most sovereign” tyre at high speeds.

The Potenza Sport is also a popular choice with vehicle manufacturers and has appeared as original equipment on cars such as the BMW 8 series, Ferraro Roma, Lamborghini Huracán STO and Maserati MC20. The tyre is available in the aftermarket in some 96 sizes for 17″ to 22″ rim diameters, with all dimensions achieving an EU label A rating for wet grip. 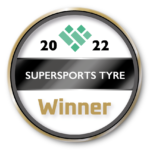 A fresh arrival in the supersports segment is the Continental SportContact 7. This successor to a product beloved by tyre testers and carmakers alike has hit the ground running. SportContact 7 launched late in summer 2021 in a range of 42 sizes for rim diameters between 19″ and 23″, a line-up that Continental has gradually expanded.

Since its arrival last year, the SportContact 7 has set “a new benchmark in the wet” in its very first tyre test, and followed up this initial win with Tyre Reviews by gaining a second tyre test victory with Germany’s Sportauto as well as a podium finish in the Auto Bild size 245/40 R 19. Illustrious names such as Maserati and AC Schnitzer have added further sheen to the SportContact 7 name by selecting the tyre as original equipment. This latest-generation Continental tyre has gained a solid reputation in just a few months and shows potential for further greatness. 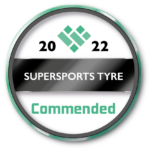 Goodyear’s Eagle F1 Supersport arrived in 2019 and was promptly crowned victor of that year’s Tyre Reviews summer test. The site looked at the Eagle F1 Supersport in a size 245/35 R19 front axle and 265/35 R19 rear combination and declared these “excellent in the key dry and wet handling testing” with “great steering feel and balance whatever the conditions.” Several years later, the Eagle F1 Supersport continues to impress. In their joint ZR-rated 225/40 R18 summer 2021 test, evo magazine and Blackcircles.com voted the tyre runner-up, calling it “strong in both wet and dry handling, subjectively and against the watch.” The testers said the Goodyear tyre “felt poised and grippy in the wet” while it was “agile, connected and tactile” in the dry. Eagle F1 Supersport returned to Tyre Reviews earlier this year, who named it “the tyre to pick” for track use in the site’s UUHP test. Sportauto rated the tyre ‘good’ in its 2022 UUHP test and reported “balanced performance in the wet.”

Manufacturers of some of the world’s most exciting cars have chosen the Eagle F1 Supersport as original equipment. Goodyear supplied the tyre to Brabham Automotive as the road compliant option for its limited-run BT62. Cupra has selected Eagle F1 Supersport in size 255/35R20 for its most powerful car ever, the 390 hp Formentor VZ5, while Lotus chose the tyre for its Emira in the front axle 245/35ZR20 and rear 295/30ZR20 sizes.

The Hankook Ventus S1 evo Z is something of a quiet achiever. Although appearing less frequently in tests since its launch last year than similarly-named UHP sibling the Ventus S1 evo 3, it has given a good account of itself. Sportauto rated the Hankook tyre ‘good in its 2022 UUHP test, commenting that it provides driving safety in the wet together with dynamically sporty handling characteristics.

Even after several years on the market, the Michelin Pilot Sport 4S is still proving itself a worthy contender in the supersports tyre segment. Its most recent test appearance was in the Tyre Reviews evaluation of ten 255/35 R19 front / 275/35 R19 rear tyres earlier this year. Tyre Reviews said the Pilot Sport 4 “continues to be a tyre that does everything well, excelling in every test and having a range of abilities no tyre can rival.” Runner up overall, the Michelin tyre gained a highly recommended rating.

Numerous manufacturers have selected the Pilot Sport 4 S for their vehicles, too. Shortly after the tyre’s market launch in 2017, Michelin shared that it had already received the first three approvals from OEMs and some 60 more were in the pipeline. We’ve seen many of the good and the great wearing the Pilot Sport 4S over the years, including the Ferrari 296 GTB, which as of 2022 is available with the tyre as one of two Michelin performance options.

The final supersports tyre we’re looking at, alphabetically at least, is the Pirelli P Zero PZ4. Don’t let Pirelli’s format of product naming confuse you – the PZ4 is the latest incarnation of the flagship P Zero line. Pirelli has gradually introduced PZ4 over the past few years and the tyre and the tyre is currently homologated as an original equipment tyre for 18 vehicle brands. It seized victory in Auto Bild Sportscars’ 2019 comparative evaluation of 11 tyres in the size 245/45 R18. Rating the Pirelli P Zero PZ4 ‘exemplary’, Auto Bild Sportscars described the tyre as flawless, praise heaped upon it on the basis of excellent handling qualities on wet and dry surfaces, precise steering behaviour with exemplary response, short wet and dry braking distances plus good reserves of safety during aquaplaning.

The PZ4 hasn’t been a stranger to the podium since then, finishing third in the 2020 evo Performance Tyre Test and then climbing a step to first place in the publication’s 2021 joint test with Blackcircles.com. Evo reported in 2020 that the Pirelli tyre was the “star” of its wet handling test, being almost a second quicker than rivals and earning the publication’s best subjective score by some margin. “In fact we said it was in a different league, with terrific grip and balance,” commented evo. Evo dished out even more lofty praise for the Pirelli tyre the following year, with its testers writing that “P Zero PZ4 is a tyre that proves you can have (almost) everything.” They added that the tyre “combines great steering and grippy, secure but rewarding handling with a supple ride and great refinement.”