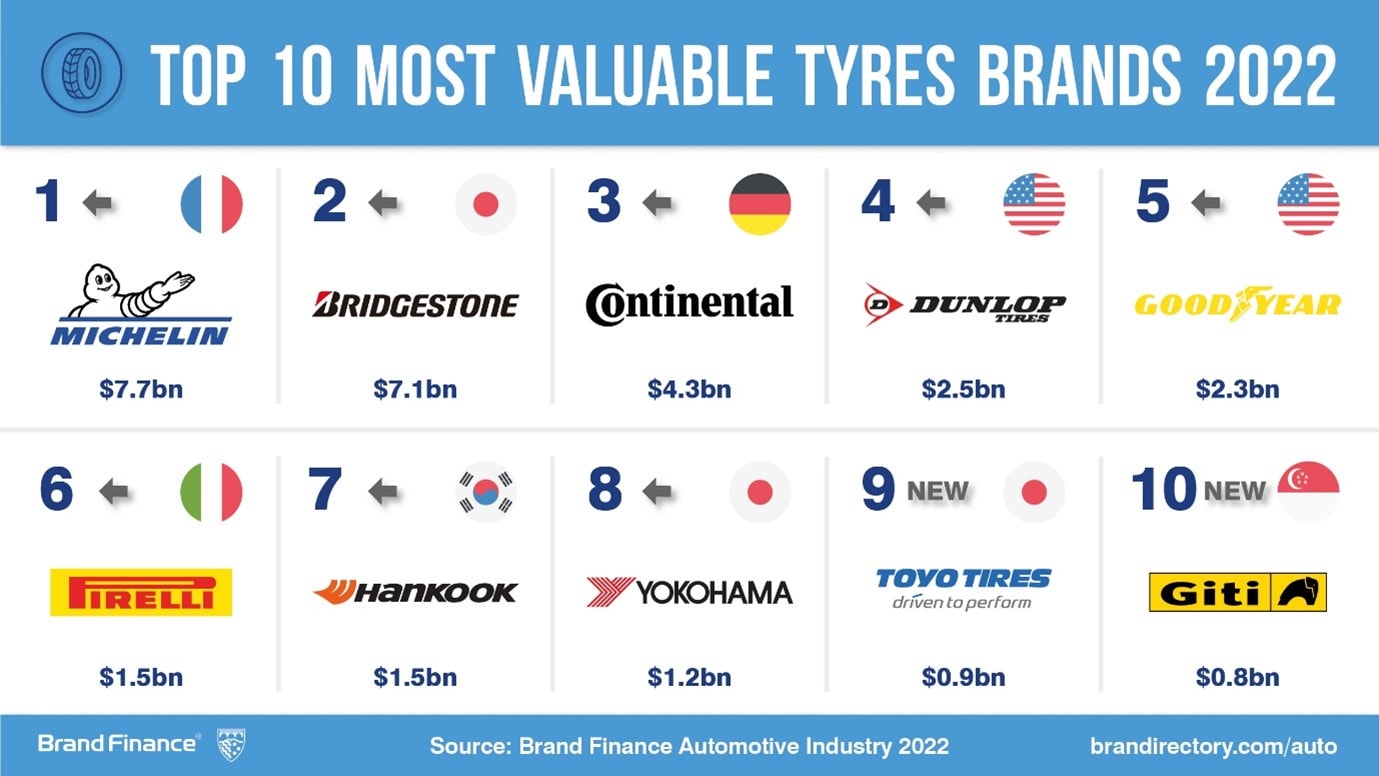 Michelin has once again topped the tyre table within Brand Finance’s ranking of the world’s strongest and most valuable brands. This calculation doesn’t include everything but Michelin achieved a brand value of US$7.7 billion and a brand strength index score of 85.8 out of 100. And what’s more, the 2022 result saw Michelin extend its lead over second-placed Bridgestone.

Alex Haigh, Valuation Director at Brand Finance, explained: “Michelin has performed well over the course of the pandemic and has put a little bit of distance between itself and 2nd placed Bridgestone. Michelin’s long history of innovation and reputation for quality has continued to pay dividends through one of the most disruptive economic periods on record.”

Nevertheless, Bridgestone remains second on the list with a brand valued at $7.099 billion.

The top eight held roughly the same positions as they did last year, but Toyo was a new entry in this year’s top 10, entering the chart in ninth position.

For several years, Brand Finance’s data has tipped Linglong Tire as a fast riser, with Linglong flying as high as ninth in 2020 and being valued at $703 million in 2021.

However, Giti has leapfrogged Linglong in the 2022 table. And what’s more, at $772 million, Giti’s brand is rated as 10 per cent more valuable than Linglong’s was when it was last in the top 10. 12th position is occupied by Sailun.