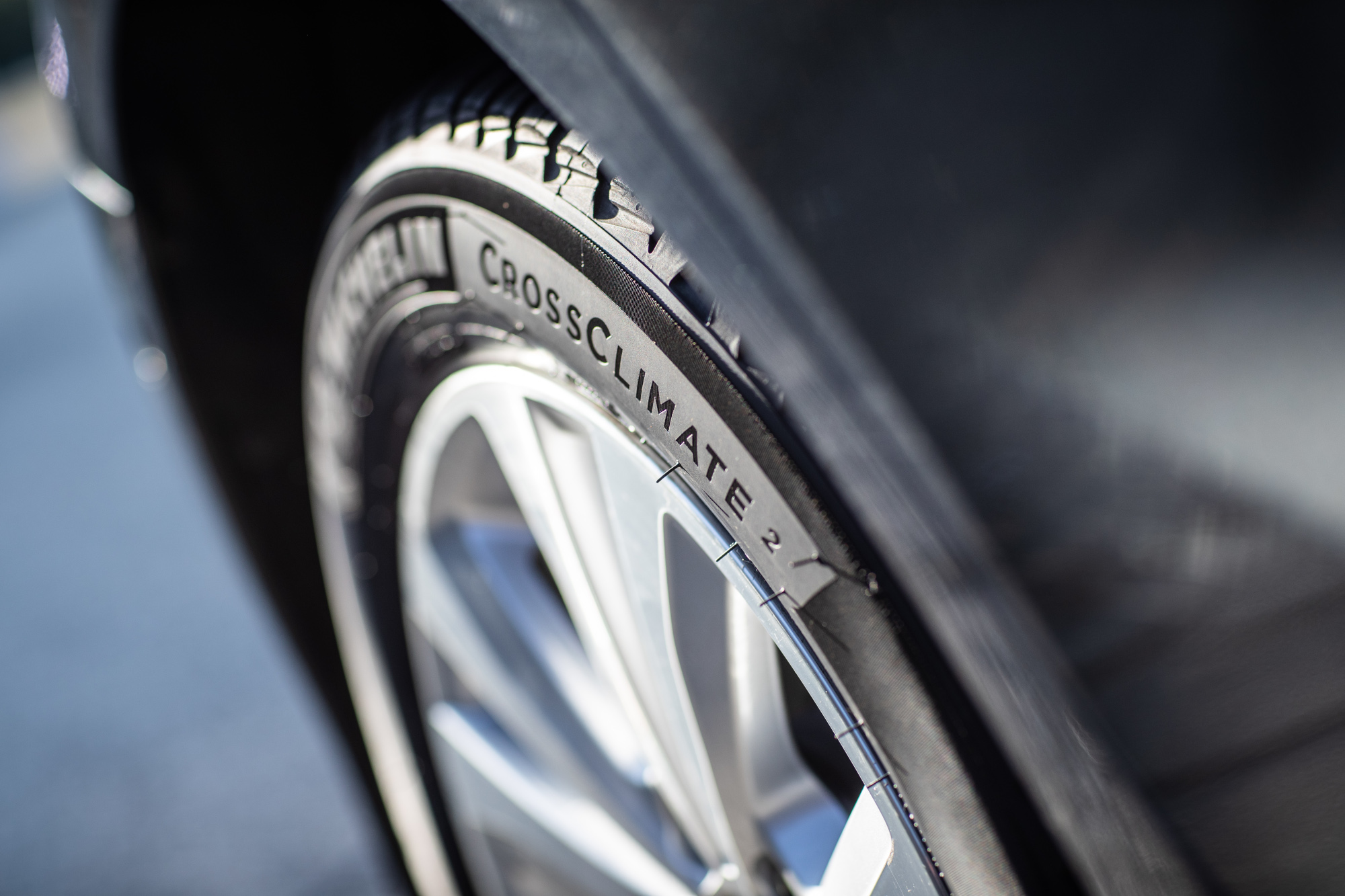 Demand for all-season tyres has shot up since Michelin launched its initial CrossClimate in 2015. 27 million all-season car and SUV tyres were sold in Europe in 2020, up from 11.2 million in 2015. As demand has grown, so the product has evolved. For example, the new CrossClimate 2 offers a 10 per cent reduction in rolling resistance when compared to its best-selling predecessor thanks to a Cool Running Sidewall designed to improve fuel efficiency or electric vehicle battery range…” amongst other enhancements.

When it comes snow braking it is a similar story at full-tread, only this time Michelin narrowly beats the Continental AllSeasonContact with just a 1cm shorter stopping distance. However, at 2mm the Michelin CrossClimate2 is significantly further ahead of its premium market peers.

As far as availability is concerned, the Michelin CrossClimate2 is available in Europe as of the day before the launch event (1 September) in no fewer than 105 sizes for 15- to 20-inch wheels. The list includes 65 new sizes, an increase of 40 per cent over the Michelin CrossClimate+ catalogue. There is even talk of OE fitments on at least three Volvo models, with other OE announced said to be in the pipeline.

Introducing its 2020 test, Auto Bild Allrad comments that all-season tyres weren’t always highly regarded. Their reputation was one of compromise, of products best suited to drivers who demanded little from their tyres. In the words of the specialist 4x4 and SUV magazine, an all-season tyre “used to be a bad summer tyre and then, in the second half of the year, a bad winter tyre.” But its latest test shows that the story is a very different one these days.
Read Article

ACE: All-season tyres a compromise, but still a year-round alternative

Independent tyre tests are helpful when deciding upon the right tyre, but the advice they give is sometimes conflicting. Whereas Auto Bild views all-season tyres as a safe solution for year-round motoring, ACE still believes these products represent a compromise.
Read Article