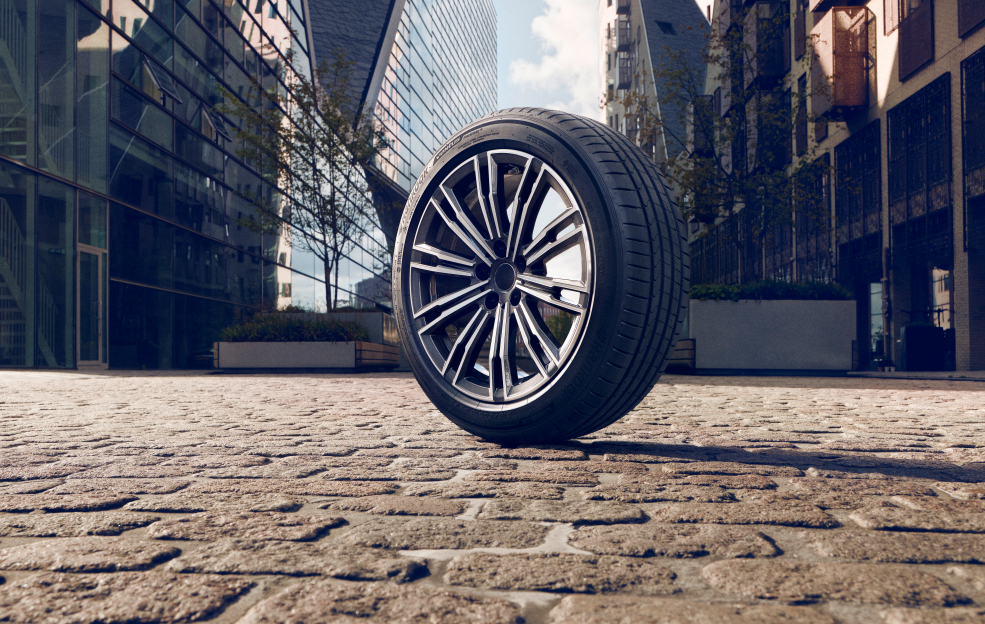 The latest incarnation of the Hankook Ventus Prime has arrived and takes over from a predecessor that has sold more than 20 million units since 2015, is original equipment on several cars and has collected a number of tyre test honours, including two wins in the renowned Auto Bild summer test. Hankook says the new Ventus Prime 4 offers generational improvements “in practically all relevant points,” including further optimised handling, rolling resistance and mileage.

From its market launch, Hankook Ventus Prime 4, together with its SUV variant, is available in 67 sizes from 16 to 20 inches, tread widths from 195 to 255 mm with aspect-ratios from 40 to 65 and speed indices H to Y.

“Our engineers have succeeded in further improving the excellent properties of the Ventus Prime 3,” says Sanghoon Lee, president of Hankook Tire Europe. “We can now offer our customers a new product generation with even more safety and comfort. We are therefore very confident that, with the Ventus Prime 4, our company has developed a successful successor to the best-selling Hankook tyre in Europe.”

Ventus Prime 4 at a glance

Hankook speaks of using a “high mileage compound technology” in the Ventus Prime 4 and says this is “decisive” in providing mileage at least one fifth higher than that of its predecessor. The tyre maker explains that an innovative combination of materials results in greater tread block rigidity, which in turn results in lower rolling resistance and less wear.

The tread compound has a higher silica content. In addition to significantly reducing wear, Hankook says this also results in a more controlled driving behaviour, especially on wet roads. To further improve performance, Hankook’s engineers not only revised the compound but also the tread pattern and contour to make a particularly even and level contact area. This minimises wear, especially on the outer edges of individual tread blocks, while also ensuring significantly improved braking performance, particularly on wet roads.

“Our goal was to improve the wear properties in particular – without making compromises on other criteria,” comments Klaus Krause, head of the Hankook Tire Europe Technical Center in Hannover, Germany. “With the new generation, the Ventus Prime 4, we have succeeded. We have increased the durability of the tyre by around 20 per cent versus its predecessor while achieving even better handling, comfort and rolling resistance properties.”

Hankook’s tyre developers also worked to make response behaviour on dry roads more direct, honing the tyre at the recently opened Hankook test centre at the Applus+ facility in Idiada, Spain. While the previous generation tyre featured tread blocks with rectangular edges, which tended to roll under strong lateral acceleration, the Ventus Prime 4 has more rounded edges that prevent this phenomenon. Hankook says this “ensures the best possible profile support even in sporty corners.” The tyre maker is also using its Zigzag 3D Trend Technology for the first time in a summer tyre – it says this improves driving behaviour in dry conditions by increasing the block’s frictional force in accordance with its deformation.

The engineering team at Hankook increased noise comfort by eliminating numerous potential noise sources. “We used the same principle that is used to create anechoic chambers – the anechoic chamber wall,” explains Klaus Krause. “The sound reflection on the inner chamber walls is significantly minimised by cladding with absorber material. With the Ventus Prime 4 we have provided the edges of the tread blocks with a radial, wedge-shaped 3D structure that works exactly according to this principle and absorbs sound reflections between the blocks.”

Depending on speed, the engineers were able to reduce tyre noise by up to 2.5 dB(A) compared with the third-generation tyre. Hankook shares that this corresponds to a perceived reduction in volume of around 20 per cent. Another factor contributing towards noise reduction is a higher number of tread blocks. The Ventus Prime 3 had 70 blocks around the tyre’s total circumference, whereas a Ventus Prime 4 tyre of the same size is divided into 80 blocks. This ‘round optimisation” also leads to more comfortable rolling behaviour. 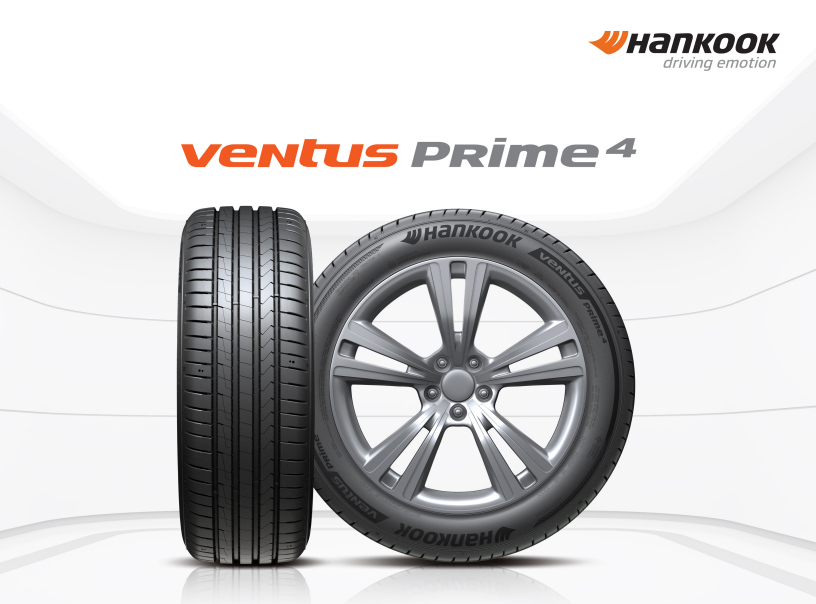