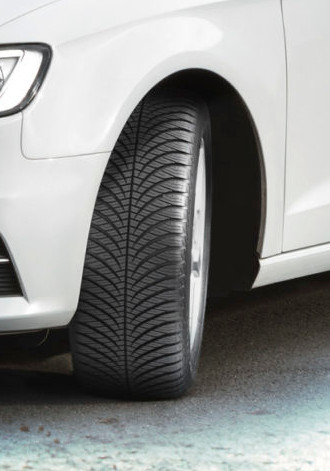 Goodyear has officially launched the Vector 4Seasons Gen-3 after hinting about it in February 2020. Goodyear claims it has achieved an industry first with the new tyre, having developed an all-season product with both the Three-Peak Mountain Snowflake (3PMSF) sidewall marking and an A-rated fuel efficiency on the EU tyre label.

Thanks to Goodyear’s Snow Grip tyre technology, the Vector 4Seasons Gen-3 reportedly provides improved grip for better handling on snow. The large amount of sipes at the centre of the tyre’s tread provide for better snow biting, improving handling on snow by 5 per cent in comparison to the previous generation of the tyre.

The new Vector 4Seasons Gen-3 been introduced in with 65 sizes. More are on the way in 2021 and 2022. The tyre has also received a number of OE approvals, with fitments planned for later this year on vehicles such as the Peugeot 2008/3008/5008, DS3 Crossback and DS7 Crossback.

Read our previous coverage of the best winter and all-season tyres here.

Goodyear claims first all-season tyre with A in fuel efficiency

Goodyear will make a leap forward in all-season tyre performance later this year. The premium tyre brand has claimed a first by achieving an A rating on the tyre label in addition to the Three-Peak Mountain Snowflake (3PMSF) marking, which indicates that the tyre is certified for driving in winter conditions, such as snow or ice.
Read Article

Several models of compact SUV are delivered from the factory on 215/50 R18 tyres, and German motoring magazine Gute Fahrt has chosen this size for its 2020 summer tyre test. It looked at eight premium and mid-range tyres, fitting these to a VW T-Roc for testing. The test team benchmarked the eight contenders against the T-Roc’s factory-fitted tyres.
Read Article