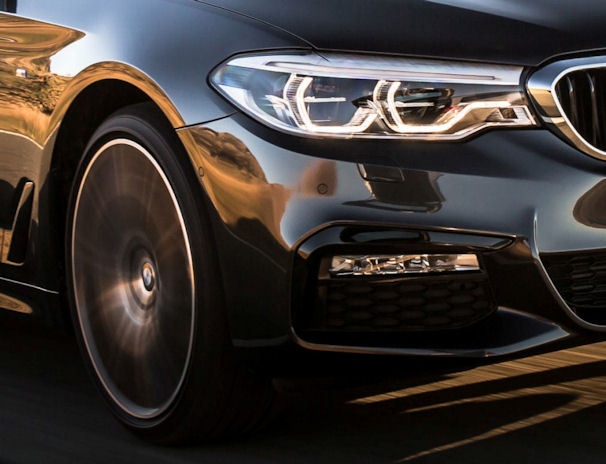 It’s a glaring omission from an illustrious who’s who of the tyre world – the Pirelli P Zero absent from the list of finalists for the Auto Bild summer 2020 tyre test. Its overall result in the initial knock-out round only sufficed for 25th place, a result Auto Bild called “disappointing”. But Pirelli isn’t leaving this stain on the P Zero’s reputation unanswered.

But first, the test itself. As in previous years, the current Auto Bild summer tyre test has begun with a preliminary round. The German motoring magazine chose 50 brands of tyre in size 245/45 R18 100Y. It fitted them to a BMW 5 Series and measured stopping distance from 100km/h in dry conditions and from 80km/h in the wet. Auto Bild combined both results to gain an overall score and chose the 20 tyres with the shortest stopping distance for a second, more extensive round of testing.

We were surprised to see a budget tyre, the Zeetex HP 200 VFM, make the grade – as far as we’re aware it’s the first time this has happened. Several other products aimed at cost-conscious motorists also gained a top-20 place. “The low-price tyres from Laufenn (a second brand from Hankook), Zeetex and Maxxis are a surprise,” wrote Auto Bild. On the other hand, it commented that “the poor result of premium manufacturer Pirelli, whose ageing P Zero only finished in 25th place, was disappointing.”

Disappointing, but perhaps not entirely unsurprising. Unfair too, argues Pirelli. The tyre maker quickly pointed out that the testers used a P Zero model that’s been around since 2007. Auto Bild mentioned this too, adding that a successor’s been available for several years now. But many tyre buyers won’t realise this, as both models are simply known as the P Zero.

Pirelli explains that Auto Bild tested a version of the P Zero that is still available for purchase owing to its past homologation by a number of car manufacturers. “It is gradually being taken out of production, in line with customer demand, and will be completely replaced by the new P Zero, which can be recognised by the ‘PZ4’ marking on the sidewall.”

The PZ4 version should already be a known quantity for Auto Bild, as another title in its family of publications tested the tyre last year and liked what it found. Auto Bild Sportscars looked at the new-generation P Zero in March 2019 in the same 245/45 R18 size and named it the winner in a test of 11 tyres. In fact, it called the P Zero “flawless”.

While none of the 50 tyres delivered an unstoppable performance, some struggled to stop more than others. The Bridgestone Potenza S001 gave the best braking distance in the wet, requiring only 28.7 metres to stop from 80km/h in wet conditions. The retreaded King Meiler Sport 3 needed no less than 41.0 metres to stop from the same speed. Auto Bild commented that when braking from 80km/h in the wet, a car fitted with the latter tyres would still be travelling at 46.3km/h when the Bridgestone-shod car had come to a complete stop.

After choosing its 20 finalists, Auto Bild further evaluated the tyres to see how they fare in a range of disciplines, including aquaplaning, handling, noise/comfort, rolling resistance and mileage. It will publish the results of this testing in the magazine’s 10/2020 issue. 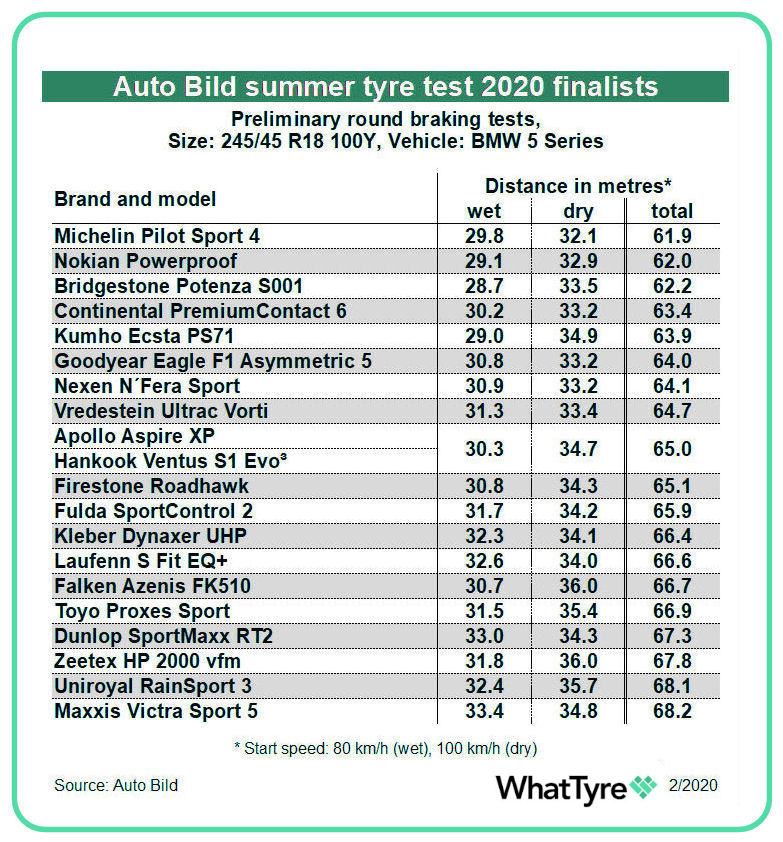