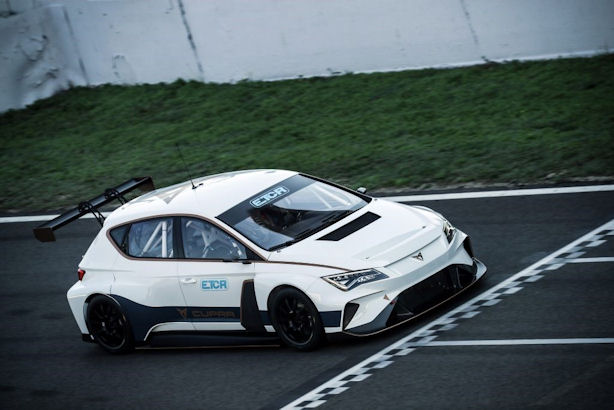 motorsport calendar – the world’s first all-electric, multi-brand touring car championship. It’s called Pure ETCR, and it’ll be contested by vehicles equipped with a Williams Advanced Engineering battery unit and 500kW Magelec Propulsion powertrain. This will deliver the equivalent of a staggering 680bhp to the rear wheels, enabling 0 to 100km/h acceleration in just 3.2 seconds. This torquey power will reach the racetrack via products supplied by one of Pure ETCR’s founder partners – Goodyear.

As official tyre supplier, Goodyear is developing a bespoke tyre for Pure ETCR that will incorporate a combination of technologies inspired by its latest electric vehicle tyres and the new Eagle F1 SuperSport ultra-high-performance range. It will unveil the definitive specification of tyre this spring, ahead of the first Pure ETCR event at the Goodwood Festival of Speed.

Goodyear says it will employ a proven motorsport construction, but with a treaded design that allows Pure ETCR drivers to use the same tyres in both wet and dry conditions. The absence of a separate rain tyre reduces the number of tyres shipped to each event, and Goodyear emphasises that this aligns with its and Pure ETCR’s mission of working together to find sustainable solutions for the future of mobility and motorsport.

Mike Rytokoski, vice-president and chief marketing officer, Goodyear Europe, comments: “Goodyear is a leader in electric vehicle tyre development. In Europe, half of our original equipment tyre developments are for EVs and hybrids.

“We bring a great deal of experience to ETCR in developing tyres for electric vehicles. High-performance road electric vehicles have very different needs to their petrol or diesel equivalents. They are heavier and have more torque, delivered immediately. Goodyear has developed tyres that can cope with this instant power delivery, delivering high grip and traction hand in hand with low rolling resistance to increase range and efficiency. Our partnership with Pure ETCR is much more than just supplying race tyres. Together, we will use racing to develop technology to thrill the next generation of high-performance driver.”

The promotor of Pure ETCR is Eurosport Events; the same organisation behind the WTCR – FIA World Touring Car Cup, which Goodyear will also supply in 2020, as well as the FIM World Endurance Championship. Pure ETCR will feature high-performance production-based cars representing numerous manufacturers.

The event format is based around a number of short, action-packed, wheel-to-wheel heats where each driver pushes the car to its limits with no need for energy-saving tactics.

A live draw will split the Pure ETCR field into Battle groups with drivers from the same manufacturer deliberately kept apart for Battle 1. Cars start side-by-side with the first-drawn driver having first choice on where they line up.

An increasing number of points are awarded at every stage except Battle 3; a single-car, all-or-nothing blast over one lap to determine who gets first choice of starting position in each final. The Grand Final winner is the event King or Queen and will automatically be the top points-scorer for the round.

Goodyear comments that a format such as this requires tyres that can provide instant performance. Its focus is thus on providing tyres with rapid warm-up times as well as the consistency to be raced hard throughout the event. This means the drivers can go flat out from the very beginning of a race.

“We are extremely pleased to welcome Goodyear to Pure ETCR as a founding partner of the series,” states François Ribeiro, head of Eurosport Events. “Goodyear has a unique racing legacy and is all about performance and innovation; a perfect partner for our new modern electric racing flagship.

“This venture perfectly complements our partnership with Goodyear in WTCR, which we also expect to be highly successful,” Ribeiro continues. “With a bespoke high-performance, all-weather design, fewer tyres need to be produced for Pure ETCR and this aligns perfectly with our sustainability commitments. We have no doubt that Goodyear will be a first-class partner on the technical and marketing fronts of Pure ETCR, a great platform to activate Goodyear #backtoracing.”

4 standalone events in 2020 will kick off the series

In Pure ETCR’s inaugural season this year, two competitors per brand will go head-to-head at each event and each track to fight for individual honours. The lights will go out for the first battle at the spectacular Salzburgring, Austria, as part of a double-header event with the WTCR – FIA World Touring Car Cup, to create a festival of touring-car racing on 24-26 July. A week later, the series will move to the Copenhagen Historic Grand Prix, at which Pure ETCR competitors will battle on a street circuit for the first time.

After a summer break, competition will resume at Inje Speedium – again with WTCR – on 16-18 October with the final event held in Guangdong, China, in November. Ahead of this, a must-watch event will be hosted at the Goodwood Festival of Speed, UK, on 9-12 July with one car per brand taking part in timed runs up the iconic 1.8 kilometre hillclimb. The showcase season will end with an event that supports the 24 Hours of Daytona on 30-31 January. An FIA International Series, with Drivers’ and Manufacturers’ titles available for the first time, will take place in 2021 with an eight-round calendar across Europe, Asia and North America.

According to the promoter, one aim of Pure ETCR is to change attitudes towards electric vehicles and to emphasise electric mobility as a matter of social responsibility. With this in mind, it has made a series of key commitments to achieve greater sustainability in motorsport.

One key action for the inaugural season is a commitment not to use air freight, and instead to rely on sea freight, which is 100 times less impactful environmentally. Eurosport Events has optimised the calendar to ensure races are grouped by region.

Furthermore, hydrogen-powered generators will be used in the paddock because they are significantly less-impactful than traditional internal combustion-powered units.

“We acknowledge that the sourcing of power is a key factor of the environmental footprint of electric vehicles so less-impactful sourcing will always be favoured. As promoter, Eurosport Events commits to changing the way events are organised to a less-impactful manner.” 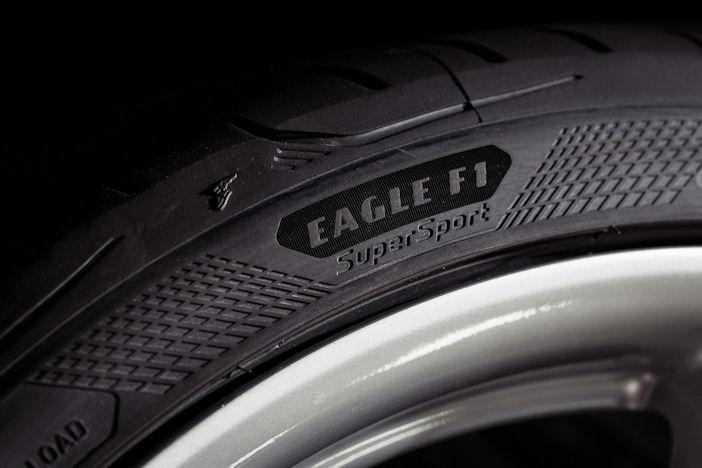