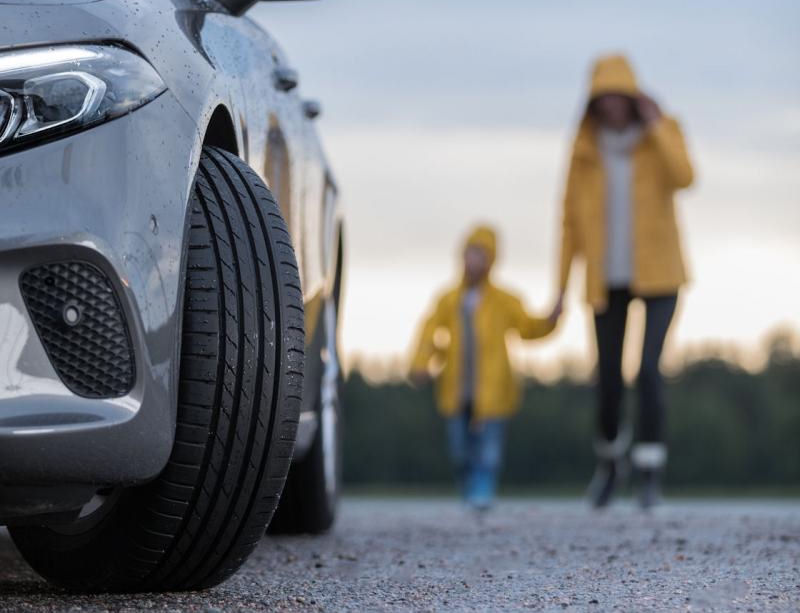 For its 2019 summer tyre test, Auto Motor und Sport (AMS) looked at the compact SUV size 215/55 R17. It tested 11 models on a VW T-Roc and found a group of tyres that largely performed well, but failed to dazzle. None received the German motoring publication’s top ‘highly recommended’ rating. But there’s good news – no less than seven were ‘recommended’.

The Nokian tyre delivered impressive driving dynamics in dry and wet conditions. On the downside, high rolling resistance probably caused the Wetproof to miss out on a ‘highly recommended’ rating; AMS shares that rolling resistance performance was “disappointing”. Steering response was also somewhat sluggish, and comfort levels could have been better. The Nokian Wetproof gained an overall score of 8.8 points from a possible total of ten. A commendable score of 9.0 points in wet surface testing befitted the tyre’s name, however the Wetproof scored just as highly in the dry.

The runner-up tyre gave above-average performances in all disciplines. Nevertheless, AMS noted a “light shortcoming” in its wet braking result.

The Michelin actually tied with the Turanza T005 (8.6 points), yet AMS ranked it beneath due to wet performance. The testers commented that “water is not its element”, reporting issues with grip and poor water drainage on wet surfaces. The Primacy 4 outperformed the Turanza T005 in the dry and during environmental testing.

The Goodyear finished the test with a total of 8.3 points, one of three tyres to do so. AMS’s sole criticism of note was a lack of steering spontaneity on dry roads. The EfficientGrip Performance scored a very credible 8.8 points in the wet tests and also did well in the environmental category.

With an overall score of 8.3 points, the Cinturato P7 was most at home in the wet, even though it lost points for aquaplaning performance. AMS found the Pirelli tyre “weak in dry braking”.

Together with the Michelin Primacy 4, the Hankook tyre gained the most points for dry weather performance. Wet performance, however, was “comparatively weak”. AMS also commented on a sense of sluggishness when steering.

As with the other ‘recommended’ tyres, AMS considered the PremiumContact 5 safe and competent overall. It gained the highest score in the wet test disciplines, which accounted for 50 per cent of the total score. But on dry asphalt the PremiumContact 5 showed “weaknesses in braking and strong understeer with thin (safety) reserves.”

Awarded the slightly baffling rating of ‘still recommended’, the Ziex ZE310 Ecorun was praised for performing well in the wet and dry braking tests and for steering spontaneity in the dry. The tyre was held back from a better rating by indifferent resonant steering behaviour in the wet, strong understeer in the dry and “very high rolling resistance.”

The Giti model delivered very good lateral control and handling in the dry. Ride comfort was also good and tyre/road noise low. Counterbalancing these positives were weak braking performance, sluggish steering and a tendency to oversteer in the wet.

AMS found the Nexen tyre easy to control on most fronts. But merely “satisfactory” grip on wet and dry roads let the N’Blue HD Plus down. With a total score of 6.9 and below-average results in all categories, the tyre was only rated ‘conditionally recommended’.

The last-placed candidate gained the same rating. The Toyo tyre gave “acceptable performance” on dry roads and was comfortable and quiet. Yet testing revealed several shortcomings. AMS lists these as “weaknesses in aquaplaning” as well as “room for improvement” in wet grip. It achieved a total score of 6.5. 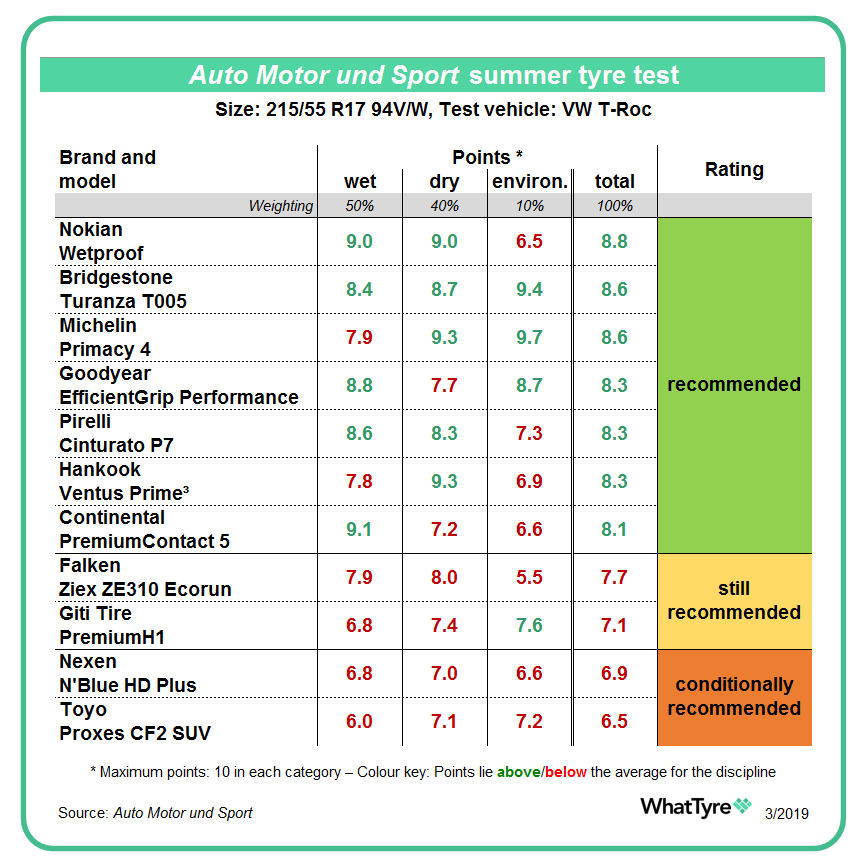