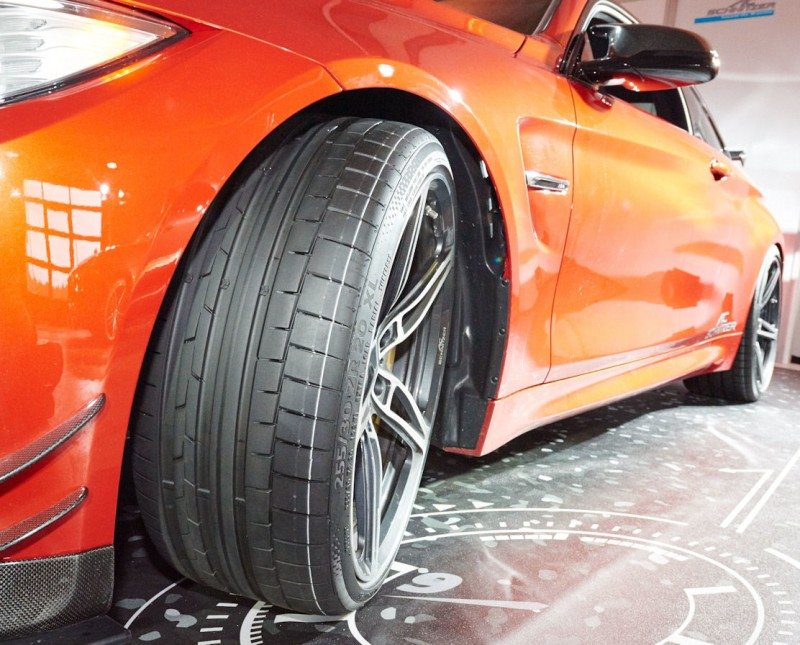 Yesterday we reported the outcome of the Auto Motor und Sport summer 2019 tyre test and observed that while no tyre received the car magazine’s highest test rating, most gained its recommendation. It’s a different story at petrolhead partner title Sportauto – its test of eight tyres yielded a ‘highly recommended’ winner, but six others only received a tepid endorsement.

Sportauto tested the eight brands of size 245/30 R20 tyre on a Honda Civic Type R. Delivering 316bhp to the front axle, this liveliest of the Civic hatches underwent a battery of tests to evaluate how the tyres cope in dry and wet conditions. Sportauto also examined fuel efficiency (rolling resistance), noise and comfort.

Age hasn’t wearied the 2015-launched SportContact 6 – the Continental tyre was the only one to truly come up smelling of roses in the Sportauto test. It delivered the shortest braking distances and safe understeer in wet conditions. Further plusses include direct steering response, high stability on dry roads, crystal clear feedback, exceptional directional stability and clear vehicle response. Sportauto’s only complaints were some imperfections in self-damping and aquaplaning prevention. These niggles didn’t prevent the Sportauto testers giving the SportContact 6 a ‘highly recommended’ rating.

Although it missed out on a ‘highly recommended’ rating and wasn’t quite considered on par with the Continental tyre in the wet, the Michelin Pilot Sport 4 S impressed Sportauto with a short braking distance in dry conditions, safe understeering handling in both the wet and dry, and good ride comfort. It gained a rating of ‘recommended’ for its efforts.

The third-placed Goodyear received (as did the following five products) the backhanded compliment rating of ‘still recommended’, having missed out on a higher grade by just a tenth of one point. Sportauto thought the Eagle F1 Asymmetric 2 a balanced, safe tyre, easy to control in the wet and also comfortable. The tyre’s drawbacks include less than optimal braking, comparatively sluggish steering response as well as limited steering precision in dry conditions.

Sportauto was satisfied with the Hankook tyre’s driving dynamics and braking in dry conditions. It also achieved the best score in the test’s environmental disciplines. Performance suffered in the wet, however: The testers reported weak lengthways wet grip, sudden oversteer in the wet and sluggish steering response.

Smooth sailing for the Bridgestone Potenza S001 in dry conditions; Sportauto found the tyre agile and safe on dry roads. But add water, and the situation changes a little – the tyre lost marks for its wet braking performance. The Bridgestone tyre didn’t give the best ride comfort and rolling resistance, either.

Sportauto considered the Ultrac Vorti R a balanced tyre. It delivered safe longitudinal dynamics in the dry as well as good aquaplaning prevention. The chief criticisms levelled at the Vredestein tyre were a lengthened wet braking distance and an audible tyre/road noise.

Falken finished the test in joint last place, and it delivered balanced overall performance in the wet. However, Sportauto criticised a number of points: Sudden oversteer in the wet, sluggish steering response and lengthened braking distances on dry roads, and a lack of handling precision.

Like the Falken tyre, Sportauto also credited the Toyo Proxes Sport with overall balanced performance in the wet. And, again, Sportauto noted a number of drawbacks. These include a strong reaction to load changes in the wet, little steering precision, significant understeer and extended braking distance in the dry. 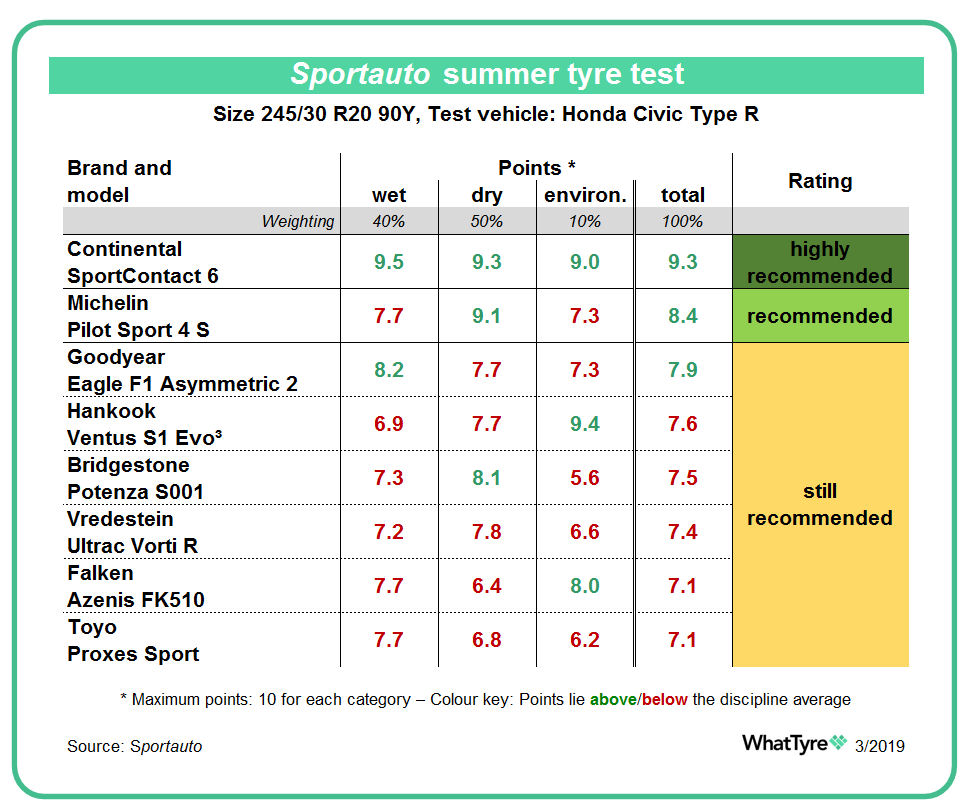