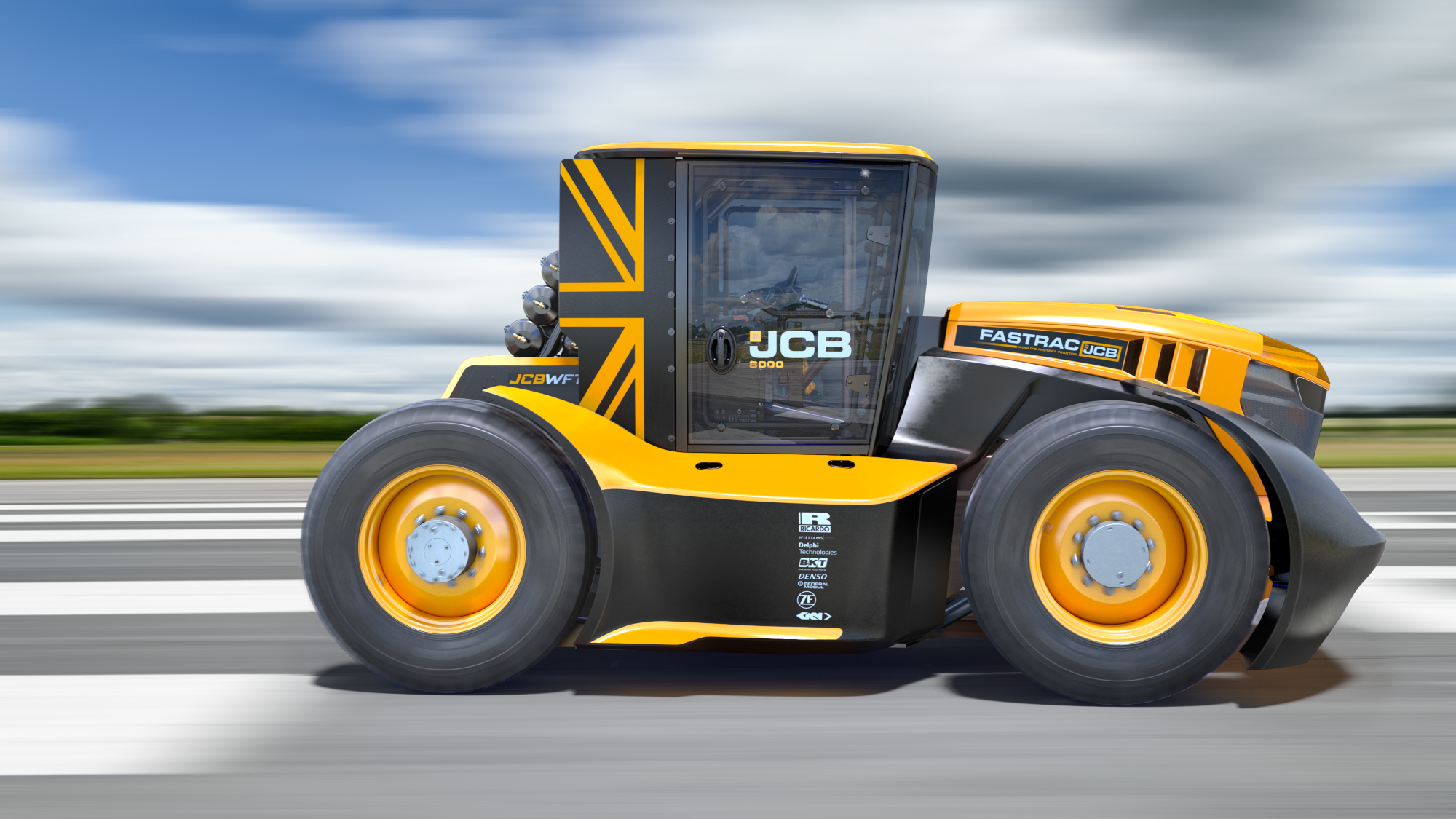 Ever wondered what tractor tyres and wheels go fastest? Telford-based GKN Wheels and Structures was one of the key partners in JCB’s recent tractor speed record and the tyres were supplied by BKT. Now you know. But the details are impressive. Following two successful runs at Elvington Airfield in York, the JCB Fastrac broke the world record for a tractor, achieving a peak speed of an incredible 153.771mph and an average of 135.191mph – making it a tractor tyre and wheel speed record too!

With the previous record of 103.6mph having been set by JCB’s Fastrac One in June 2019, the project team embarked on an ambitious plan to break the record again with Fastrac Two – which was 10 per cent lighter and even more streamlined than its predecessor.

GKN Wheels’ Design Engineer, Paul Turner, explained: “Our design and engineering teams love to respond to a challenge and so we were delighted when JCB asked us to be involved. Throughout the project we worked closely with JCB’s engineers and alongside other project partners, drawing on our experience and expertise in engineering, prototype design and manufacture to deliver products that met the requirements of this unique project.

For the Fastrac Two wheels, the company developed a product capable of not only working with the new tyre design, but also of coping with different load requirements and different front and rear offsets – compared to the standard Fastrac tractor wheel. After producing a number of prototypes for trials, the final specification was agreed for a 12 x 28” wheel and the new discs and rims were manufactured and assembled at GKN Wheels’ Telford plant, which following a major programme of investment, is one of the most advanced off-highway rim manufacturing facilities in the world.

The wheels were then finished in the plant’s new electro-coat and powder-coat facility to produce an enhanced, automotive-standard finish.

Paul Turner continued: “The initial remit was to provide standard wheels to fit standard tyres. However, this changed during the development programme, and called for tighter tolerances in the run-out requirements. The combination of the size change, offset requirements and highest possible quality standards, drove the final product specification for this exciting project.”

JCB chairman Lord Bamford praised the achievement: “When we reached 103.6mph with the Fastrac in the summer, I was convinced we could go even faster, and the JCB team has risen to the challenge by setting this new record. It’s an amazing achievement delivered by a young and enthusiastic engineering team. Everyone involved should be very proud of the part they have played in showing off British engineering at its very best.”

The story of the tractor’s development and assault on the record was told in ‘The World’s Fastest Tractor’, a TV documentary which aired on Channel 4 on 17 November.