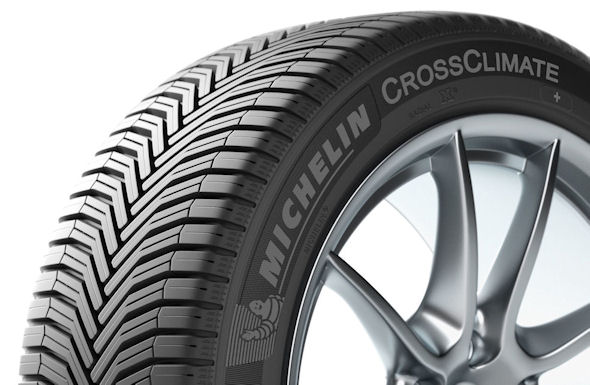 If you are like most UK motorists and want to drive year-round on one set of tyres, then all-season tyres may well be right for you. But can one tyre offer safe driving in every type of weather? After testing 31 size 225/45 R17 all-season models, Auto Bild believes so.

After eliminating all but ten of the original field in a preliminary round of wet/dry braking tests, Auto Bild extensively evaluated the remaining tyres in dry, wet and wintry conditions. Its testers also examined cost-related factors such as mileage and rolling resistance. Two of the tyres gained the top Auto Bild rating of ‘exemplary’, but there could only be one winner.

That one winner was the CrossClimate +. This “convincing all-round talent” impressed Auto Bild with dynamic driving characteristics in every weather condition. The testers reported precise steering behaviour, short stopping distances in the wet and dry, high mileage potential and good ride comfort. They reported no shortcomings. The Michelin tyre also gained Auto Bild’s ‘eco meister’, or eco champion, award for delivering the best performance in the cost section of the test.

The 2019-launched Quatrac Pro is, says Auto Bild, an “exemplary all-season tyre with impressive qualities on ice and snow”. It has, they added, “dynamic driving characteristics” in wet and dry conditions. It reported precise steering with good response and short stopping distances in the wet. The only fly in the ointment is mileage potential that’s no better than average.

This “balanced” premium tyre was praised for its sporty-dynamic handling in the wet as well as very good mileage potential, short stopping distances and stable lateral control on ice and snow and low rolling resistance. Auto Bild considered the Continental tyre good value for money. The sole criticism was that the AllSeasonContact gave a slightly extended stopping distance in the wet.

“An affordable all-season tyre with safe driving characteristics in all weather conditions”. The Auto Bild testers commended the Nexen tyre’s stable lateral control and short braking distances on snow, low noise, high mileage potential and its good value for money. Braking distances in the wet were slightly longer than hoped for, however, and rolling resistance was on the high side.

Auto Bild says this latest all-season tyre from Maxxis offers safe driving on snowy and dry surfaces, good aquaplaning safety reserves and short braking distances in the dry. But the testers weren’t so impressed with the All Season AP3’s wet grip or wet braking distances. In addition, mileage potential was no better than average.

At first glance, the Bridgestone tyre has a lot going for it. Auto Bild’s testers reported short braking distances and crispy, balanced handling characteristics on wet and dry road surfaces as well as good aquaplaning safety reserves and low rolling resistance. However, they described the Weather Control A005’s driving performance on ice and snow as “only satisfactory” and they commented that the tyre’s mileage potential was “limited”.

While the Auto Bild testers liked the Discoverer All Season’s aquaplaning safety reserves, short stopping distances on snowy and dry surfaces and its affordable purchase price, they criticised the tyre in several key areas of performance: Lateral control was weak and braking distances were lengthy in the wet, steering response was slow and driving behaviour on dry surfaces was unbalanced.

A tyre for all seasons

Summing up their experiences, Auto Bild tyre testers Henning Klipp and Dierk Möller wrote that with all-season tyres it really is possible to find a single tyre that’s safe in all weather conditions: “We recommend the exemplary-labelled all-rounders from Michelin and Vredestein”. 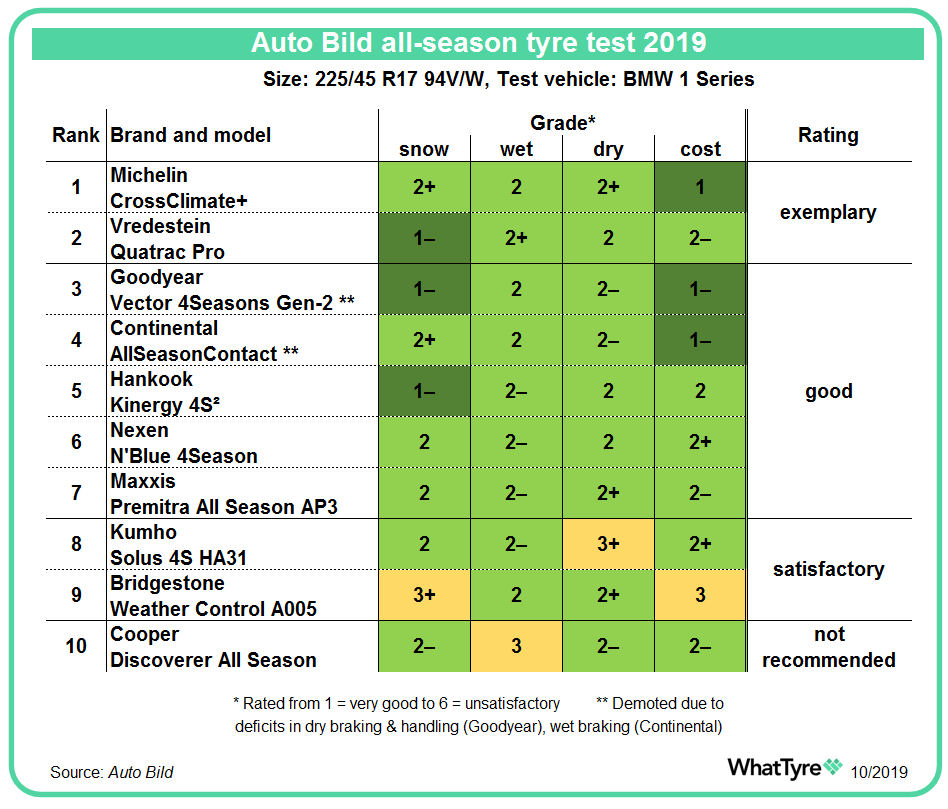