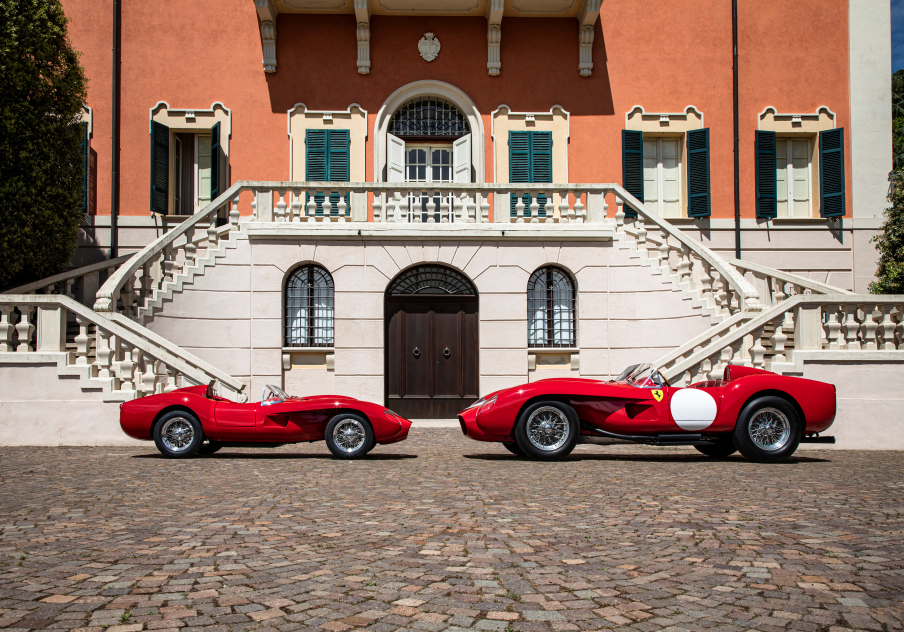 The Ferrari 250 Testa Rossa is back, albeit in three-quarters scale and powered by an electric engine that’s good for around 60mph. Ferrari has collaborated with The Little Car Company to create the Ferrari Testa Rossa J. Each of the 299 vehicles produced will wear Pirelli Cinturato tyres as original equipment.

Ferrari has led every aspect of the Testa Rossa J project, with its Styling Centre in Maranello overseeing the proportions and liveries, while the chassis and other components were created using original design drawings held by Ferrari’s Classiche department.

The Testa Rossa J meticulously reproduces the lines of the 250 Testa Rossa in the original Scaglietti-designed barchetta ‘pontoon fender’ version. The bodywork is constructed from hand-beaten aluminium, the same process that was employed in historical models. The paint is the same as that applied to Ferrari’s present road car range, as is the insignia on the front.

Ferrari’s Styling Centre has designed a single seat that accommodates an adult and a teen, incorporating the piping motif of the original and using the same leather upholstery found in today’s Ferrari range. The steering wheel is made by Nardi, the same specialist company that supplied the 1957 model, and features Ferrari’s smallest-ever quick-release system to facilitate driver entry. The classic dials have been remastered and repurposed for their new role in an electric car, but retain the original design and fonts. The oil and water gauges now monitor the battery and motor temperatures, while the fuel gauge is now the battery gauge and the tachometer has become a speedometer. There is even a power gauge which also shows the level of regenerative braking being deployed.

The three batteries powering the electric engine are positioned at the front of the car and provide approximately 90 kilometres or 56 miles of range, depending on driving style. The batteries are accessed under the front bonnet, while the car can also be charged where the fuel cap previously resided. Drivers can choose from four driving modes, ranging from a ‘novice’ mode that restricts speed to 20km/h or 12.5mph through to ‘race’ mode, which officially offers “over 60km/h” or 37mph but is said to allow for even higher speeds.

Safety features include reinforced metal side panels and an optional roll-bar that can be anchored to the chassis. Brembo disc brakes replace the original drum system to maximise braking performance, and these are complemented by a hydraulic handbrake.

Ferrari reports that the Testa Rossa J sells from 93,000 euros (£79,000), excluding taxes, shipping and optional features. The car is designed to be driven by anyone over 14 years of age and is not homologated for road use.