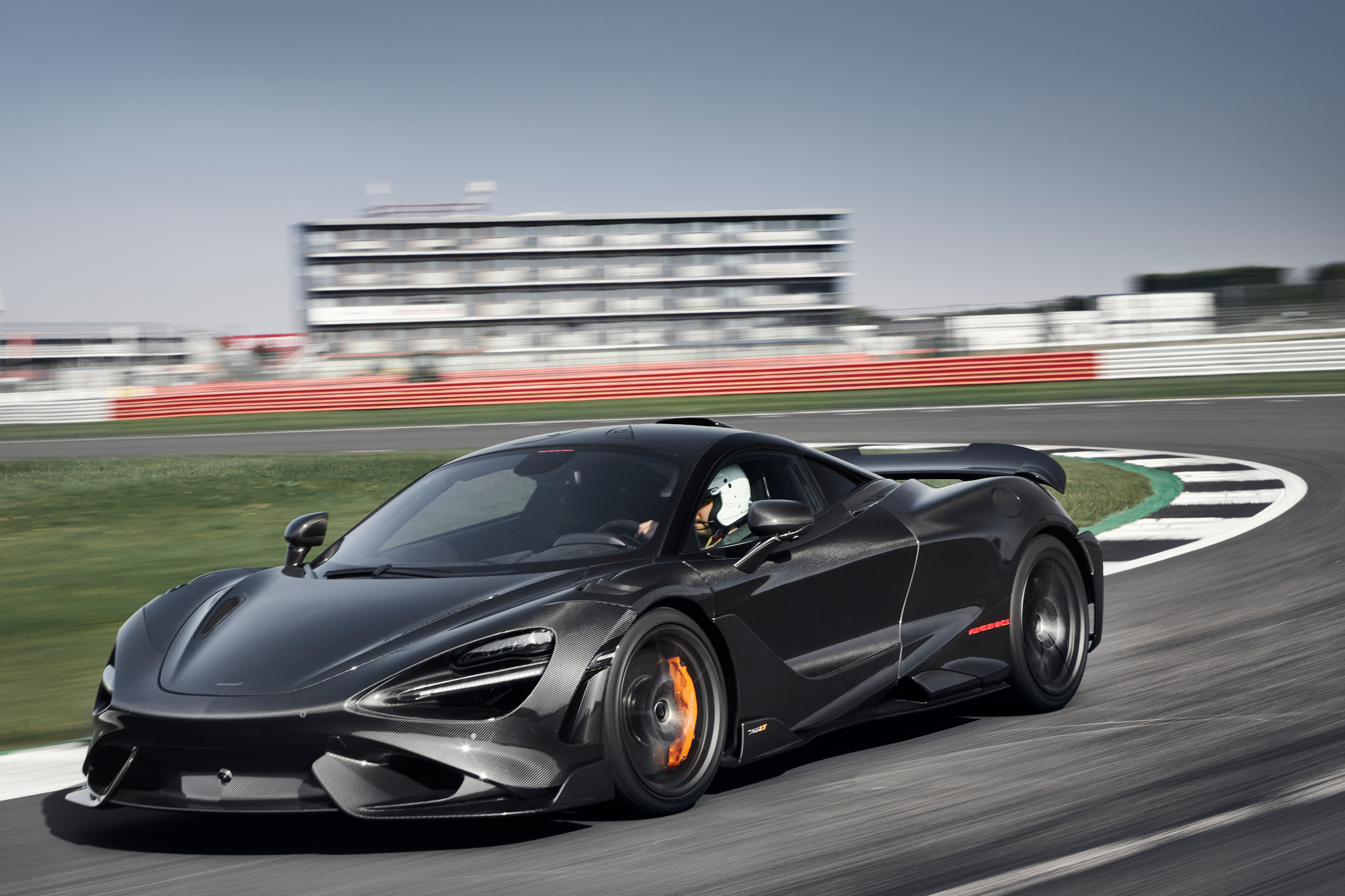 The combination of the light weight (1,229kg at minimum dry weight) and the extreme power and torque of the 4.0-litre, twin-turbocharged V8 McLaren engine – 765PS and 800Nm respectively – underpins the incredible acceleration of the 765LT. As well as the sub-three second 0-60mph and 0-100km/h performance, the new LT is capable of reaching 200km/h (124mph) from standstill in just 7.0 seconds – 0.2 seconds ahead of target. Standing quarter-mile (400m) acceleration is similarly impressive at 9.9 seconds – again, better than expectations. 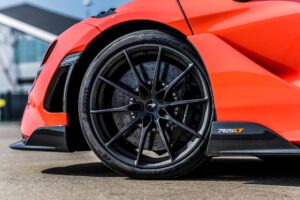 Every vehicle leaves the McLaren Production Centre with its own specific Pirelli tyre, tailor-made for that particular car and distinguished by a distinctive ‘MC’ marking on the sidewall (Photo: Pirelli)

And this all puts plenty of load through the bespoke P Zero Trofeo R tyres. To meet McLaren’s brief for a tyre that is bespoke to the 765LT, Pirelli’s engineers report that they have worked on the structure and profile of the tyres, increasing the contact patch to generate more mechanical grip and improve traction, particularly in dry weather. In addition, the tread pattern has been designed to “guarantee the best possible road holding both in a straight line and through corners, reducing braking distances and maximising lateral grip”.

The new P Zero Trofeo R created for the McLaren 765LT is the latest tyre in a long collaboration between Pirelli and McLaren. Every vehicle leaves the McLaren Production Centre with its own specific Pirelli tyre, tailor-made for that particular car and distinguished by a distinctive ‘MC’ marking on the sidewall. Some of these tyres are additionally equipped with other Pirelli technologies such as PNCS – Pirelli Noise Cancelling System.

Tyres have been made into many things over the years. However, creating luxury bracelets from a tyre used by Ayrton Senna during the 1993 F1 Grand Prix race at Donington Park is a new one.
Read Article