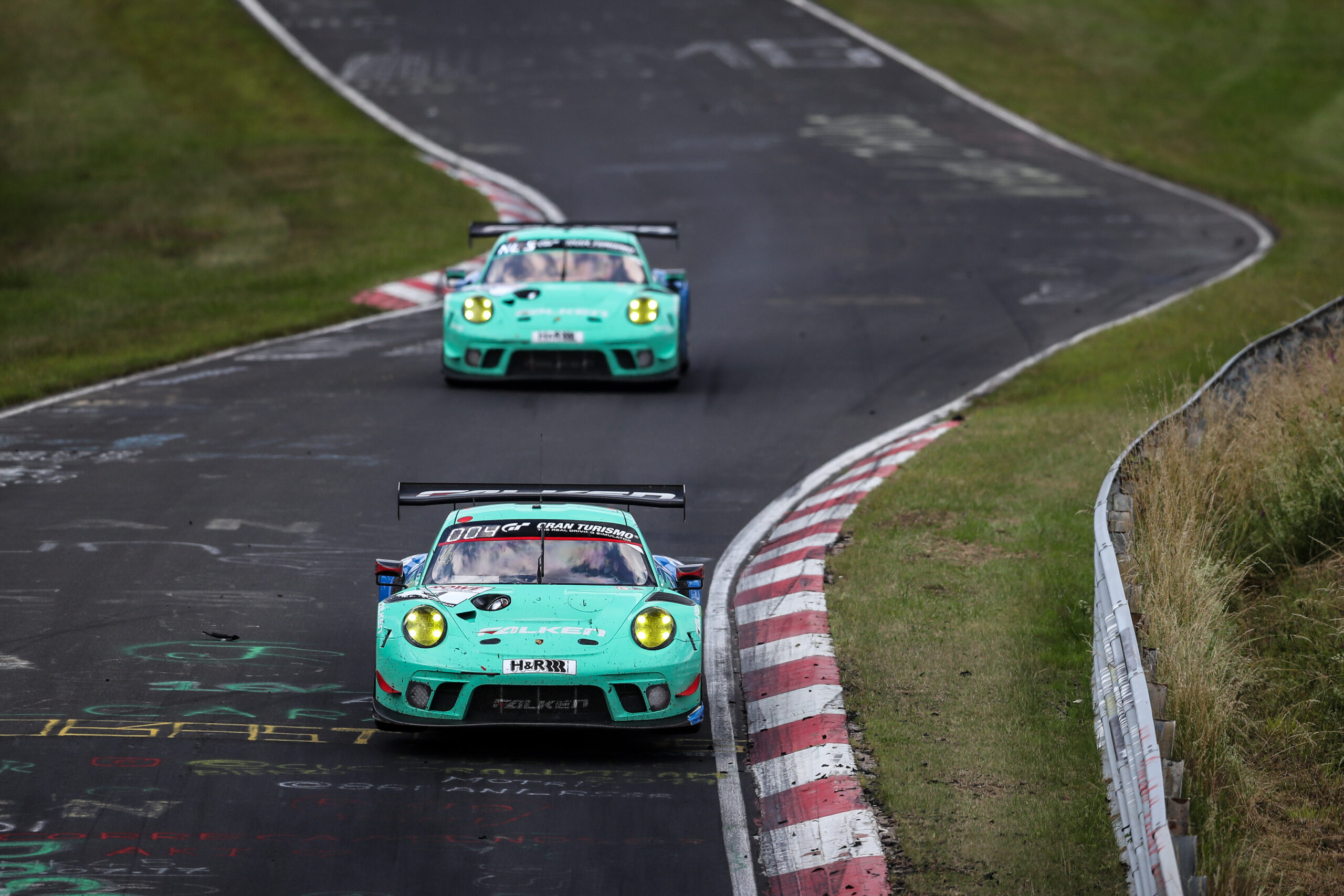 Falken among the favourites in this year’s Nürburgring 24 Hours 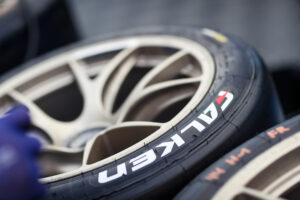 For better or worse, the Nürburgring 24 Hours has become one of the last bastions of open tyre competition in recent years. It represents a rare chance each year for tyre manufacturer rivals to go head-to-head on track on the world stage. Held at arguably the toughest race track in the world, the 25km Nürburgring Nordschleife, it is a race that features over 100 GT and touring cars, all being pushed to their limits, and has a sizeable global following.

One tyre brand racing up front in the top category for GT3 cars (SP9), aiming to take its first overall win against teams racing with Michelin, Goodyear and Yokohama rubber, is Falken, which has been competing at the Nürburgring 24 Hours since 1999.

Year after year it returns to the ‘Ring with more knowledge and enthusiasm. Falken has been involved in a multitude of motorsport disciplines over the years such as drifting and motocross, but it still remains fully committed to competing in Germany’s premier endurance race, decades on from its first attempt at glory, because it knows how beneficial putting its product range to the test on the Nordschleife is in the long term.

In 2020 Falken Motorsports has entered a pair of current gen Porsche 911 GT3 Rs, as it looks to improve on its fifth-place finish overall in the 2019 edition. With a selection of world-class driving talent and two cars with a proven track record at the circuit it hopes that 2020 will be its most successful year racing in the Nürburgring 24 Hours yet. Falken has tasted victory on the Nordschleife in the shorter NLS (formerly VLN) races that teams use to prepare for the 24 Hours, but outright victory in the main event has eluded it to this point.

That’s because the Nürburgring 24 Hours is a notoriously difficult event to win. With 30-plus cars from the likes of Mercedes, Audi, Porsche, BMW, Ferrari, Nissan, Lexus and Lamborghini in with a chance at victory each year, unpredictable weather all shod with tyres from manufacturers constantly developing more versatile compounds for the event, nothing short of a perfectly executed race will do.

Chasing perfection requires so much patience and perseverance. Falken knows this and like its rivals in the race continues to relish the chance to play a part in a unique race and push its R&D department to the edge in order to further its product offering. It also knows that this year presents an even tougher ask because of the changes to the event due to the pandemic. In addition a last minute issue with some of Porsche’s drivers that it loans to the team mean the driver line up is down to six across the two cars with Falken’s long time Peter Dumbreck, Martin Ragginger joined by Dirk Werner, Klaus Bachler, Christian Engelhart and Sven Mueller. 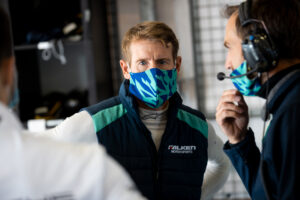 In addition to adhering to safety protocols and rules, the date change for this year’s race will no doubt have an effect on the spectacle. Usually the Nürburgring 24 Hours is held in May or June, but in 2020 it has been delayed to September. This has real potential to rip up the form book; there will be more hours spent racing in pitch black darkness, cooler track temperatures than usual, and an increased threat of heavy rain and or fog during the race.

There are also around 50 fewer entries for the race because of the new schedule, so the tyres used will face an even greater stress-test than normal. This is because the average lap times are expected to dip as there will be fewer cars in the lower classes for the SP9 drivers to deal with each lap. Having the right tyres is almost always the deciding factor in the battle for the race win. Whether it stays dry for the duration, or rains heavily for hours on end, the teams running the tyres that cope with the conditions best will come out on top. Producing a compound that allows drivers to sustain fast outright lap times without a huge drop off in performance over the course of lengthy stints is vital here.

WhatTyre spoke to members of Falken’s driver crew ahead of the race and it’s clear that there’s an increased level of confidence in the current range coming into the event. Feedback from the NLS races so far this year has been overwhelmingly positive, they praise the 2020-spec Falkens for producing outstanding levels of grip through medium and slow speed corners in particular. That is a trait which is key to producing race-winning pace on such a long circuit which features multiple surface changes, undulations and a seemingly never-ending stream of corners.

But the truth is nobody will know until the day which rubber will perform best. And it is for that reason companies like Falken keep coming back for more. 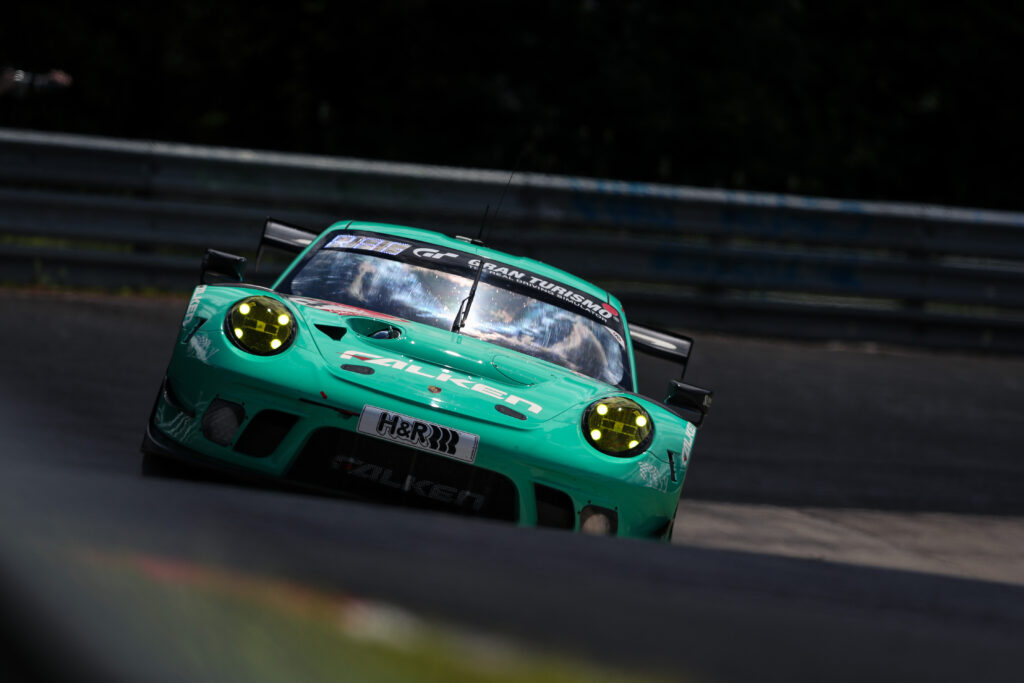