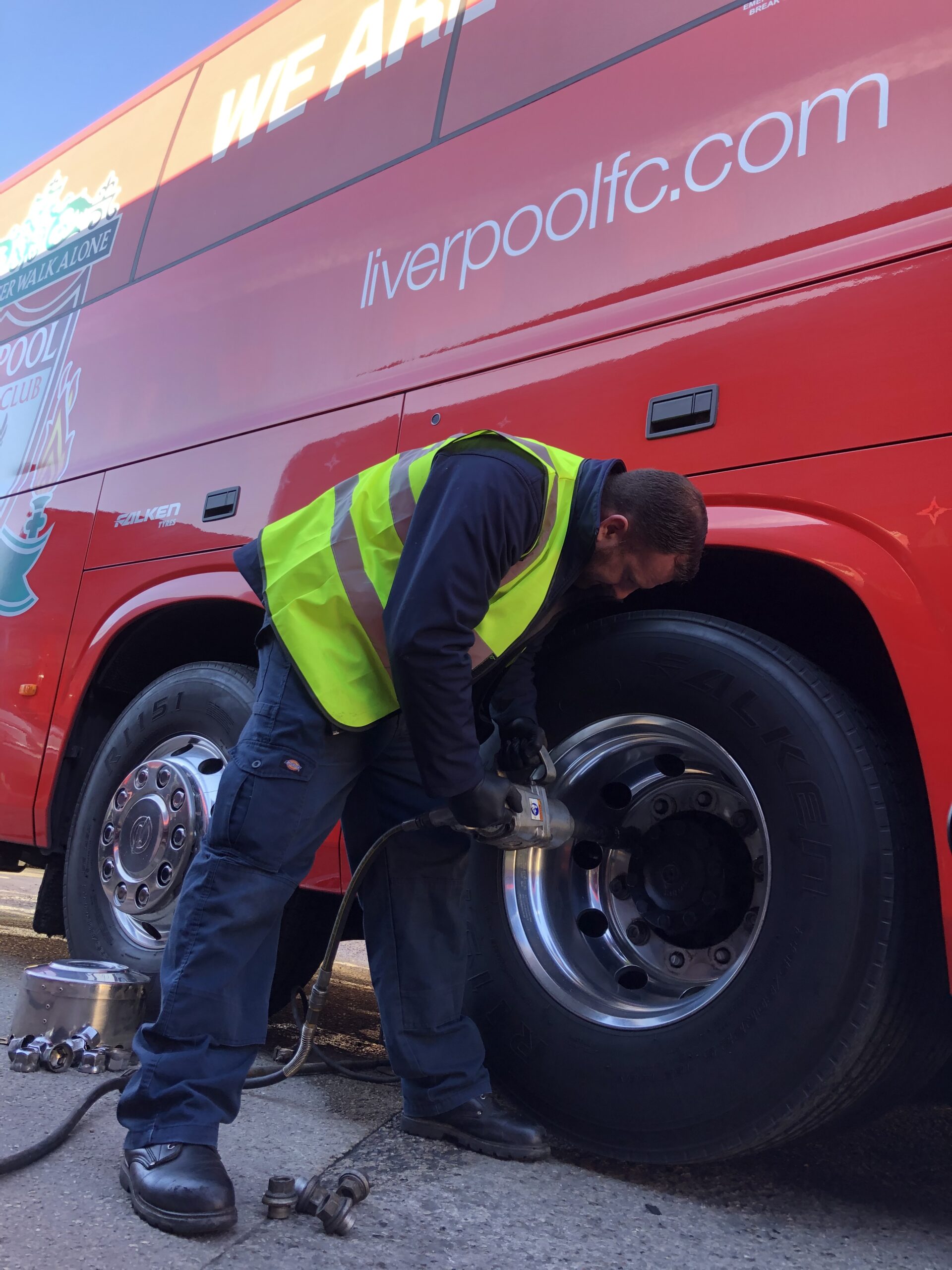 The return of the Premier League will see runaway leaders Liverpool FC travel only to the other side of Stanley Park on Sunday, when they take on Everton in the Merseyside derby. However, the team bus will need to cover much greater distances before the season is completed. And it is primed to roll on official tyre sponsor, Falken‘s rubber. Protyre fits the Falken RI151 to the 12.9l Irizar I8, supplied and operated by St Helens-based Ellisons.

Tyres for team buses need to be safe and durable to transport some of the world’s best footballers. Liverpool’s team bus can rack up 100,000km in a typical season. It travels as far as Barcelona, Munich, Paris, and Porto for European competition. In the domestic league and cups, it travels all around the country. And a tyre related breakdown is the last thing an elite team needs on match day.

It is almost three years since Falken tyres were first fitted to the Liverpool FC coach, which is one of Ellisons’ growing fleet of 39 coaches, including 11 serving Premier League teams alongside 50 luxury Mercedes MPVs and cars. During this time, it has experienced no tyre failures.

“This is a longer bus and weighing nearly 20 tonnes, it’s heavy, particularly at the rear, but it always feels stable,” says Ellisons’ Mike Ludden, one of two experienced drivers entrusted with piloting the LFC coach. “We’ve had no issues with the Falkens. So much so we’ve also now also opted for Falken’s all-season van tyre for some of our fleet of Mercedes Vianos.”