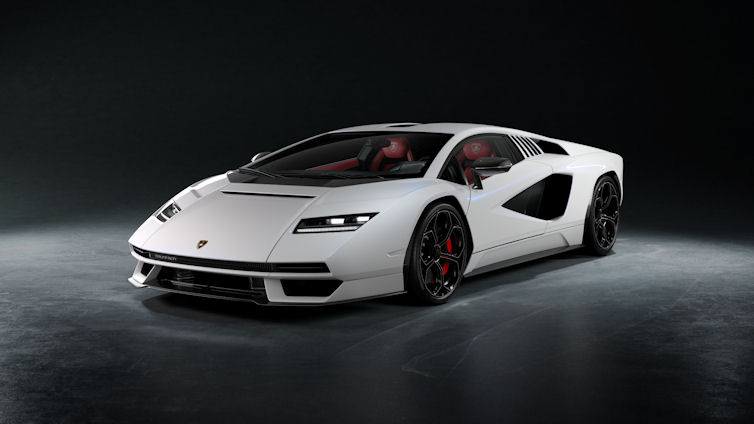 Half a century after kitting out the original prototype, Pirelli is back as Lamborghini Countach tyre supplier. All 112 examples of the new 814hp, 220 mph Countach LPI 800-4 will wear Pirelli P Zero tyres in 255/30 R20 size at the front and 355/25 R 21 at the rear as standard. Pirelli says it has optimised the tyre’s structure and compound to “reach the best possible roadholding in all driving situations” and provide “high levels of traction and braking in the wet as well as the dry.”

Drivers looking for even more performance on a race track can also select the P Zero Corsa as an option. Pirelli describes this as a tyre that transfers the “best of motorsport technology into use for both road and track,” elaborating that a dual compound tread and asymmetric design delivers the “correct balance to achieve high speeds on track as well as generating the necessary amount of grip and traction.” On top of that, the P Zero Corsa offers “strong resistance to the high thermodynamic stresses created by the cars that they are fitted to.”

Evolution of the P Zero

Pirelli has equipped the Countach in all its various guises, starting with the original one-off prototype shown at the Geneva Motor Show. Its most sporting product of the time was the low profile Cinturato CN12, a tyre that strongly influenced the Pirelli P7.

Production commenced with the Countach LP 400 two years later. With just 152 examples manufactured up to 1977, this is the version that collectors most eagerly seek. The LP 400 gave way to the LP 400 S, with new low-profile Pirelli P7 tyres fitted to a newly-designed magnesium wheel. Afterwards came the Countach LP 5000 S from 1982 to 1985 and then the LP 5000 Quattrovalvole from 1985 to 1988. The Countach 25th anniversary edition made its debut in 1988, and was the first Lamborghini to use Pirelli P Zero tyres.

Tyres for classic Lamborghini Countach models are still available as part of the Pirelli Collezione, a family of tyres dedicated to the most iconic cars built between 1950 and 1980 that maintain the tyres’ original looks matched to modern technology.