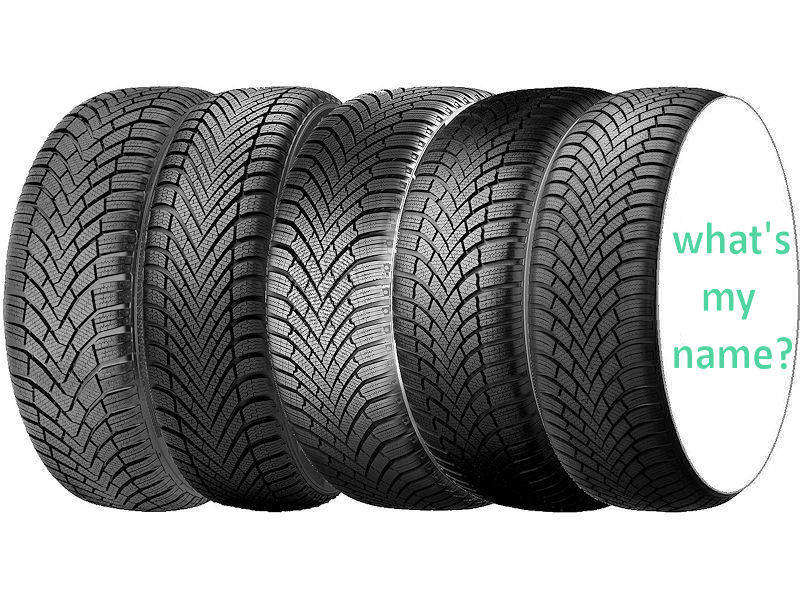 Identity crisis in the tyre shop

More than 30 years ago I struggled to tell Luke and Matt from Bros apart. Today tyres present a similar difficulty. Spotting the differences between tyre tread patterns can be baffling. This means a second and even third glance is sometimes advisable when selecting products from a tyre storage rack.

This ‘tread identity crisis’ seems particularly pronounced for winter tyres. A couple of new products launched in the past year or so sparked a feeling of déjà vu amongst the WhatTyre team. We were certain we’d seen their treads before. Tyre dealers have also remarked on this phenomenon.

To be fair, the likeness probably isn’t intentional. Tyre tread design is an increasingly exact science that doesn’t leave much room for creative flamboyance.

Experience over decades has shown tyre developers which tread configurations work well and which don’t. This know-how has been aided by simulation software such as computational fluid dynamics (CFD) in recent years, and the result is that patterns tend to approach the optimal design for their intended use.

The doppelgänger tyres we saw all have a directional tread pattern. This v-shaped form is a popular choice for all-season and winter tyres. Tyre developers opt for a directional pattern as it offers several advantages on wet and snow-covered roads.

Directional patterns provide good levels of traction. They also effectively remove water from the contact patch (the area of the tyre’s tread in contact with the road surface); this protects against aquaplaning and improves handling stability.

Look the same – but aren’t

Even though the tread patterns of the tyres in question are much of a muchness, it’s worth pointing out that the tyres’ performance characteristics differ, sometimes considerably. This is because tread design is just one factor influencing tyre performance. The construction of a tyre and the mix of the rubber in the tread (known as the tread compound) also have a say in determining grip, handling, fuel economy, comfort and noise qualities.

The combination of tread, construction and compound result in a tyre with its very own strengths and weaknesses. An informed tyre dealer will know these and tell customers what to look out for – but even a wealth of tyre performance knowledge is little consolation to the dealer when cluelessly perusing a row of tread clones on the tyre storage rack.

How well can you tell who’s who amongst this tyre identity parade? The five pictured candidates include tyres from Bridgestone, Nexen and Pirelli, as well as two from Continental. Whether you work in the trade or are just a tyre geek, feel free to have a stab at naming the tyre models shown here (left to right). We’ll reveal the correct answers at the start of next month.