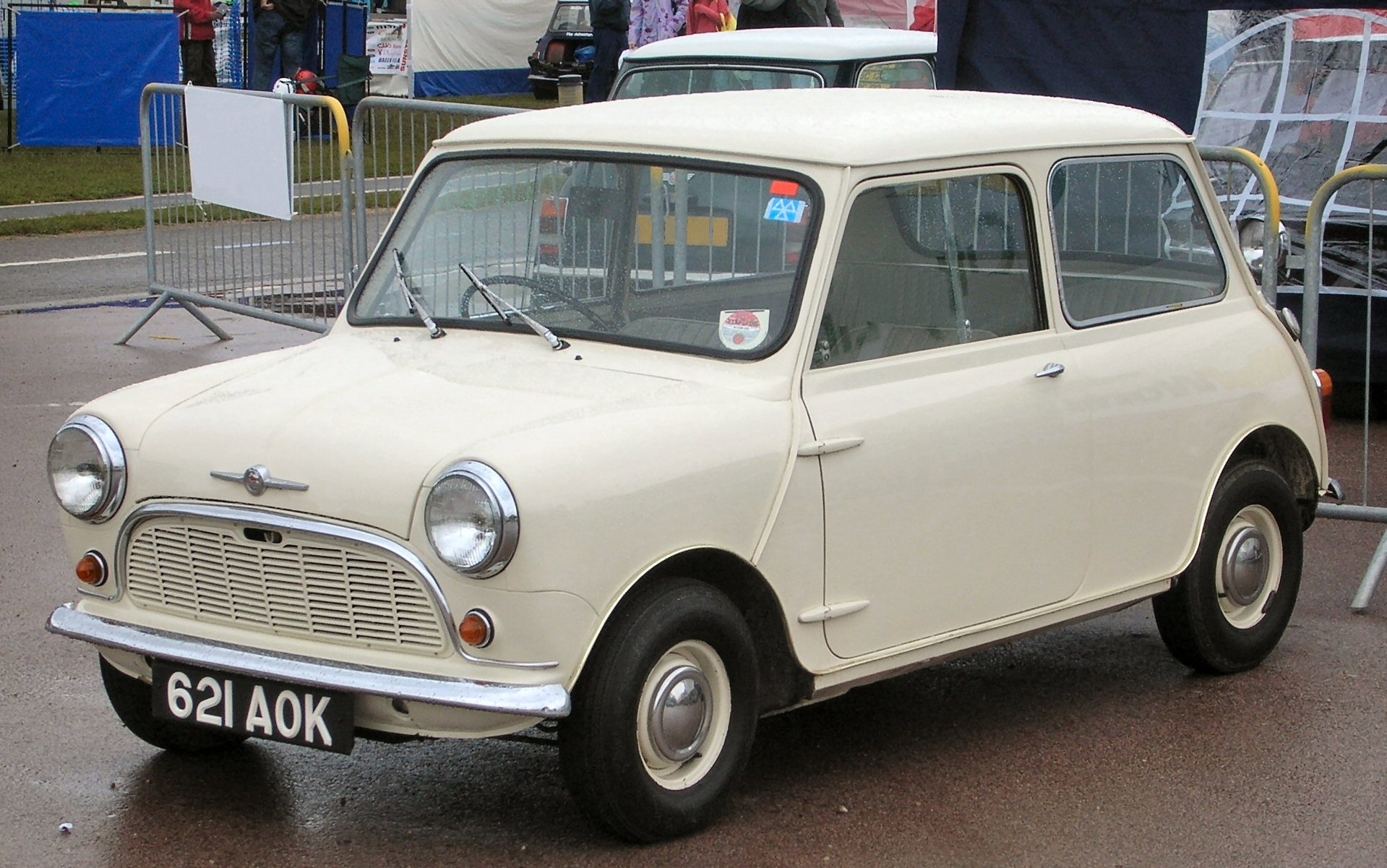 How Mini tyres have changed in the last 60 years

Today Mini celebrates the iconic marque’s 60th anniversary. We wanted to join in with the celebrations by sharing a few fun facts about how the Mini’s tyres have evolved over the last 60 years. In short, it’s not just the car that’s grown.

It is a little-known fact that that the Mini was initially designed to run on 8-inch (204mm) wheels. However, BMC the carmaker behind the Mini, ended up settling on 10-inch (254 mm) wheels for its debut 1959 Morris Mini model.

There were a number of reasons why eight-inch wheels were rejected. Part of the reason was that the firm’s first tyre supplier (Dunlop) didn’t want to go down that route. Therefore, 10-inch wheels were suggested instead and the first Mini tyre size was 132/80 10. See this article for more about reading tyre sizes.

The first major change came in 1984 when the Classic Mini got upgraded to disc brakes as standard across all models. These brought bigger calipers with them and led to the increase of wheel sizes to 12 inches and 145/70 R12 tyres.

Mini tyre sizes got smaller at the turn of the millennium. After the production of the classic mini range ceased, the model was reborn into a more modern and larger version.

By 2014 3 million new Minis had been made. That means at least 12 million Mini tyres had been supplied at this point.