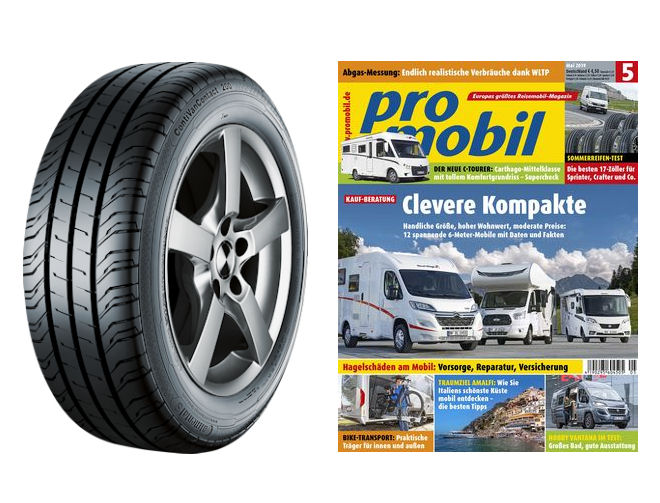 Specialist campervan magazine Promobil has tested seven tyres in the popular van and camper size 235/60 R17C. It found most to be competent products, with only one tyre not gaining the testers’ recommendation.

Promobil fitted the seven tyre models to a Volkswagen Crafter and a MAN TGE and evaluated their performance in the wet and dry as well as for environmental qualities such as rolling resistance and tyre/road noise.

The Continental ContiVanContact 200 topped the test and received Promobil’s only ‘highly recommended’ rating. The magazine praised the tyre for its wet grip, handling and low rolling resistance. The only minor gripe was tyre/road noise in curves.

Second and third place were respectively occupied by the Nokian cLine Cargo and Pirelli Carrier. Promobil rated both tyres ‘recommended.’ The cLine Cargo delivered good wet performance as well as short braking distances. It reacted safety during swerve manoeuvre and handling tests and also scored well for comfort. However, Promobil deducted marks for a slight weakness in aquaplaning and high rolling resistance.

The Pirelli tyre, on the other hand, performed very well in the aquaplaning test and was good overall in the wet. Promobil noted shortcomings in rolling resistance and tyre/road noise.

Finishing in fourth place was the Michelin Agilis+. Although it performed safely in dry conditions and offered good protection against aquaplaning, it didn’t achieve a better result as its stopping distance in the wet was too long. The tyre also gave little internal damping.

Just a whisker behind the Michelin tyre, the Toyo NanoEnergy Van offered acceptable wet performance and also safe driving characteristics in the dry. The Promobil testers found it a quiet tyre with very low rolling resistance. Drawbacks included a very delayed steering response and lengthy braking distances in the wet.

A Continental tyre won the Promobil test, and a Continental tyre also finished sixth out of seven. This particular model was the Continental VanContact 4Season, the only all-season tyre participating in this summer test. The VanContact 4Season was great in the wet, almost up to the standard of its test-winning sibling, however its softer all-season tread compound and siped tread pattern proved a hindrance in the dry braking test. Promobil reduced the tyre’s overall score by one point because of this dry braking result.

Occupying last place, the Nankang Passion CW-20 was the test’s only ‘not recommended’ tyre. It also lost an entire point for its stopping distance, but this time round the problem was wet braking. Performance in the wet was generally poor. While the Nankang tyre delivered an average performance in other areas, this didn’t suffice for a recommendation. 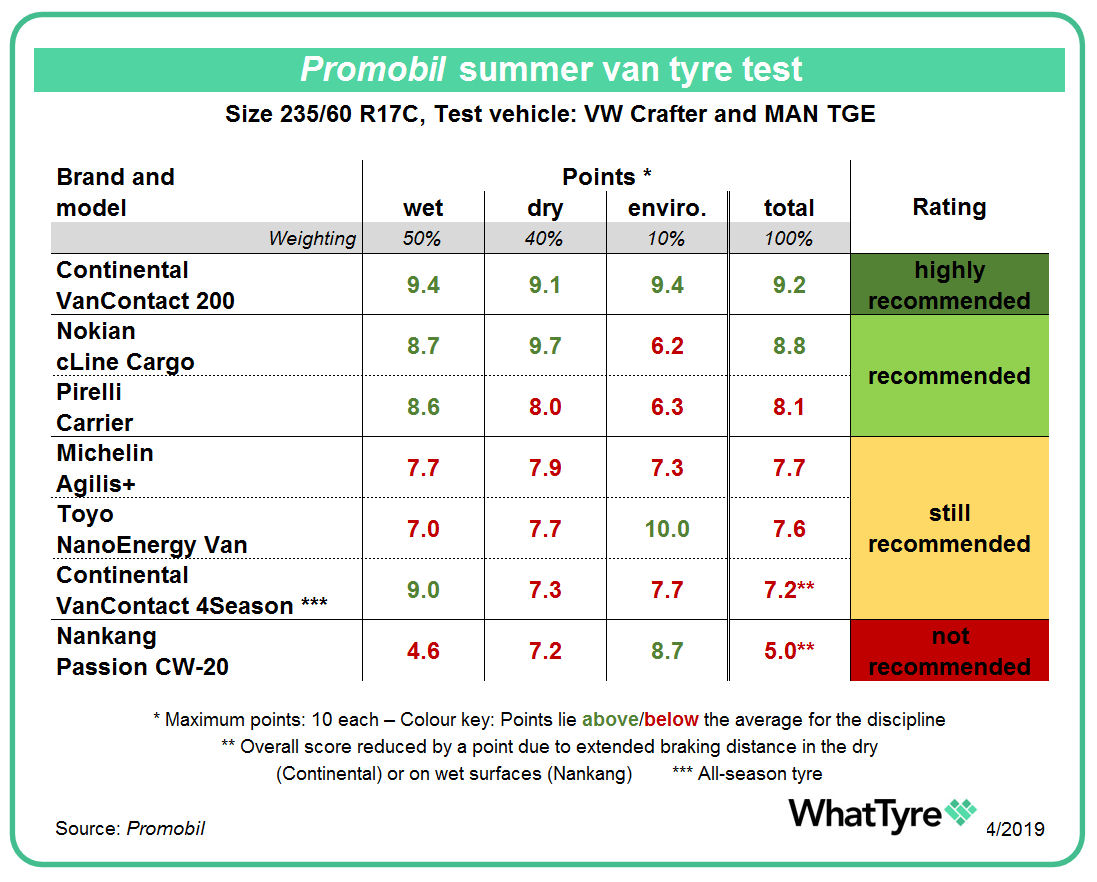