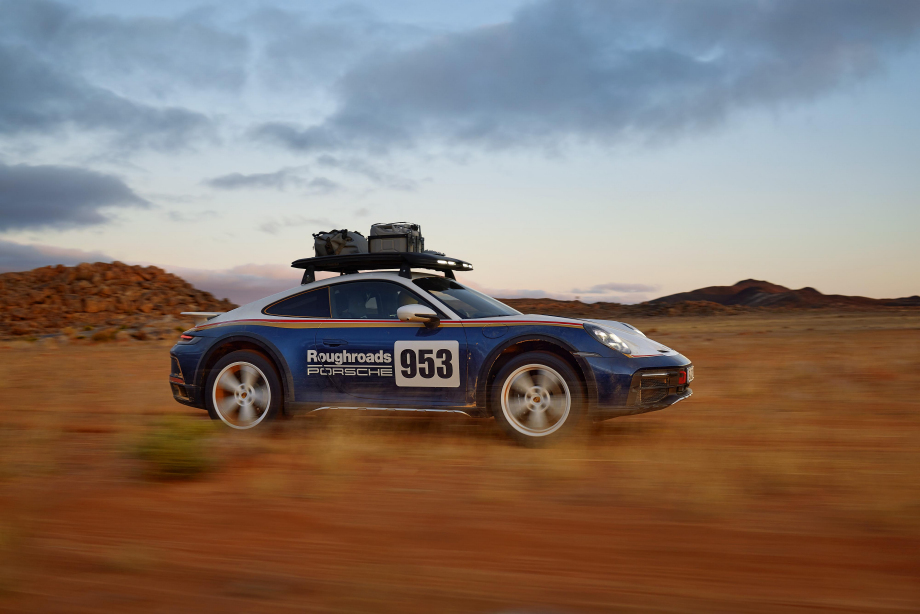 For the first time in the model’s six-decade history, Porsche is fitting its 911 with off-road tyres as original equipment. It will equip the new Porsche 911 Dakar with Pirelli Scorpion All Terrain Plus tyres in 245/45 ZR 19 (front) and 295/40 ZR 20 (rear). Pirelli says that it designed the tyre “for the most challenging conditions,” making it a perfect match for a reinterpretation of the classic coupé with maximised off-road capabilities.

Scorpion All Terrain Plus is the member of the Scorpion family specifically developed to offer resistance and support over the most demanding terrain, but Pirelli has further adapted this original equipment version to allow the Porsche 911 Dakar the versatility of an off roader as well as the high performance that has always epitomised this sporting icon. Pirelli achieved this double aim through a “unique development programme” that drew heavily upon its experience of producing UHP tyres for the fastest cars in the world.

Pirelli’s research and development team has debuted a new family of compounds with this product that are capable of handling the performance of the 911 Dakar both on loose surfaces and asphalt. Furthermore, Pirelli strengthened the tyre’s structure, especially at the rear, optimising this to improve the contact patch. The tread pattern also differs from existing versions of the Scorpion All Terrain Plus. Pirelli says the Porsche 911 Dakar tyre features a tread pattern that equally delivers competitive performance in the dry, making it as effective on a circuit as in the desert. 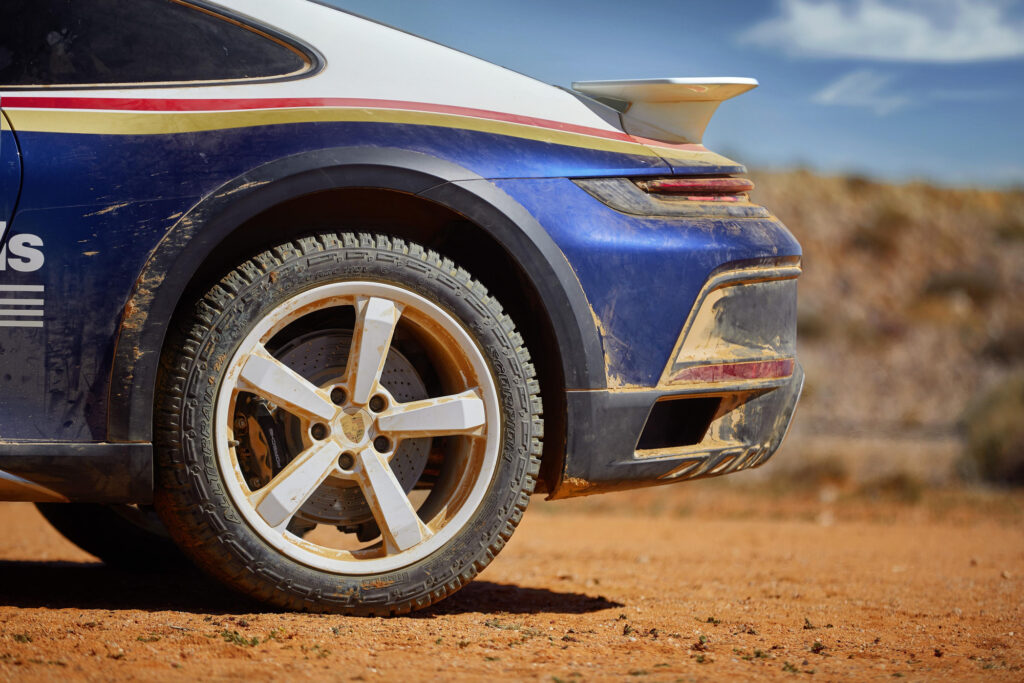 “All this is achieved without compromising the fundamental aspects that a tyre needs for everyday use, such as stability, safety and comfort,” states Pirelli. Throughout the outdoor testing schedule for this tyre, the tyre maker drove the 911 Dakar on all the main proving grounds in Europe, as well as on variety of tracks representative of a wide range of conditions.

Porsche is offering the 911 Dakar exclusively with Pirelli tyres as original equipment, including summer P Zero tyres for use on asphalt and P Zero Winter for optimal grip in the colder months. Pirelli and Porsche enjoy a long history of collaboration, with the Porsche 911 being the very first car to receive a specific marking (in this case, the ‘N’ symbol) to denote its development as an original equipment tyre back in 1982.