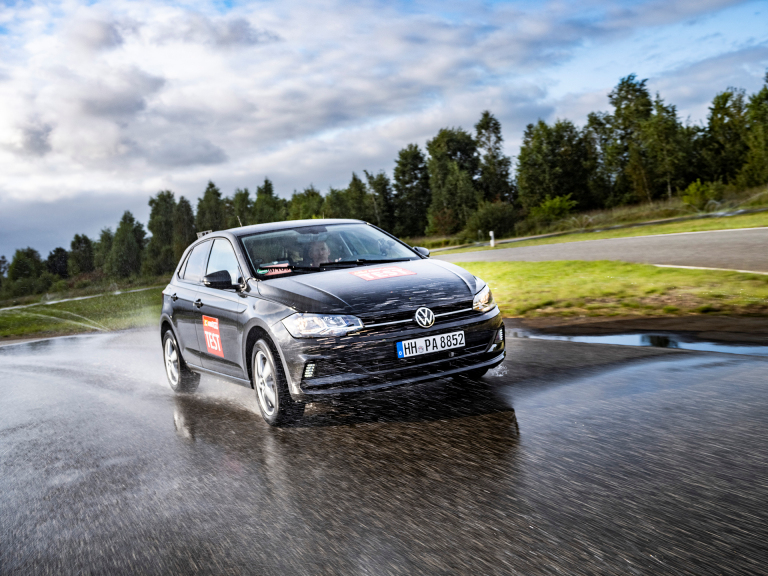 Safe, efficient motoring shouldn’t be the preserve of the rich, and anyone looking for excellent value can find a small car that is both affordable and drives well. This rule also applies to the tyres that these cars wear. To help drivers find this balance between frugality and performance, European motoring associations ACE and ARBÖ, together with vehicle monitoring organisation GTÜ, looked at the popular small car tyre size 195/55 R16.

Reflecting the price-conscious nature of the compact car segment, ACE/ARBÖ/GTÜ passed over the premium brands which usually dominate tyre tests and instead selected examples of the premium manufacturers’ second brand products. The field of eight candidates was rounded out by a couple of budget brands that the testers purchased online.

The ACE/ARBÖ/GTÜ test team fitted the eight sets of H speed rated tyres to an 81 kW (115 hp) Seat Ibiza and a VW Polo with the same engine and evaluated how they performed on wet and dry roads. They also looked at noise and rolling resistance performance, and factored purchase price into the final score as well.

For ACE/ARBÖ/GTÜ, testing in wet conditions provides the most relevant measure of safety. The most important of these tests is arguably the 80 to 0 km/h stopping distance test. The Kleber Dynaxer HP4 provided the shortest stopping distance of just 31.4 metres. The eighth-placed tyre was the Tristar Ecopower 4, which took a further 6.0 metres to stop.

All tyres provided acceptable handling. The test team judged the Kleber tyre and the Uniroyal RainSport 5 best in these disciplines, with understeer for both when cornering only slight and easily correctable. These two tyres also gave good grip and lateral control, with the other candidates just a little below their standard. The testers report that all are easy to drive under normal conditions; they added that the Falken Ziex ZE310 Ecorun and Fulda EcoControl HP2 offer particularly good response and traction.

Water on the road is a danger that many drivers underestimate, especially on motorways. ACE/ARBÖ/GTÜ thus evaluated how these affordably priced tyres react in aquaplaning situations. The Falken performed best in the longitudinal aquaplaning test, followed by the Milestone Green Sport. The testers handed the wooden spoon to the Tristar tyre for this discipline, but they pointed out that its performance was still okay. Milestone came up smelling of roses in the lateral aquaplaning test, gaining more points than any of its rivals.

Braking performance in dry conditions was good to average, with the Kleber Dynaxer HP4 giving the best result and the Barum Bravuris 5HM the worst. Handling and grip were generally better on dry roads, and there was not much between the eight tyres. The testers lauded the Falken, Fulda, Kleber and Tristar tyres’ slight and easily controllable understeer when cornering in sharp bends. The other tyres were only slightly worse.

According to ACE/ARBÖ/GTÜ, most of the tested tyres performed well in the rolling resistance test, with only the Falken achieving a lower but still acceptable score. The drive by noise test delivered mixed results, with the Kleber being the quietest tyre of all.

ACE/ARBÖ/GTÜ consider the Kleber Dynaxer HP4 to be “clearly ahead” in the test, albeit followed not all that far behind by most of the test field. “Surprisingly, the Milestone also scores slightly better than the Tristar and offers good value for money,” comment the testers. 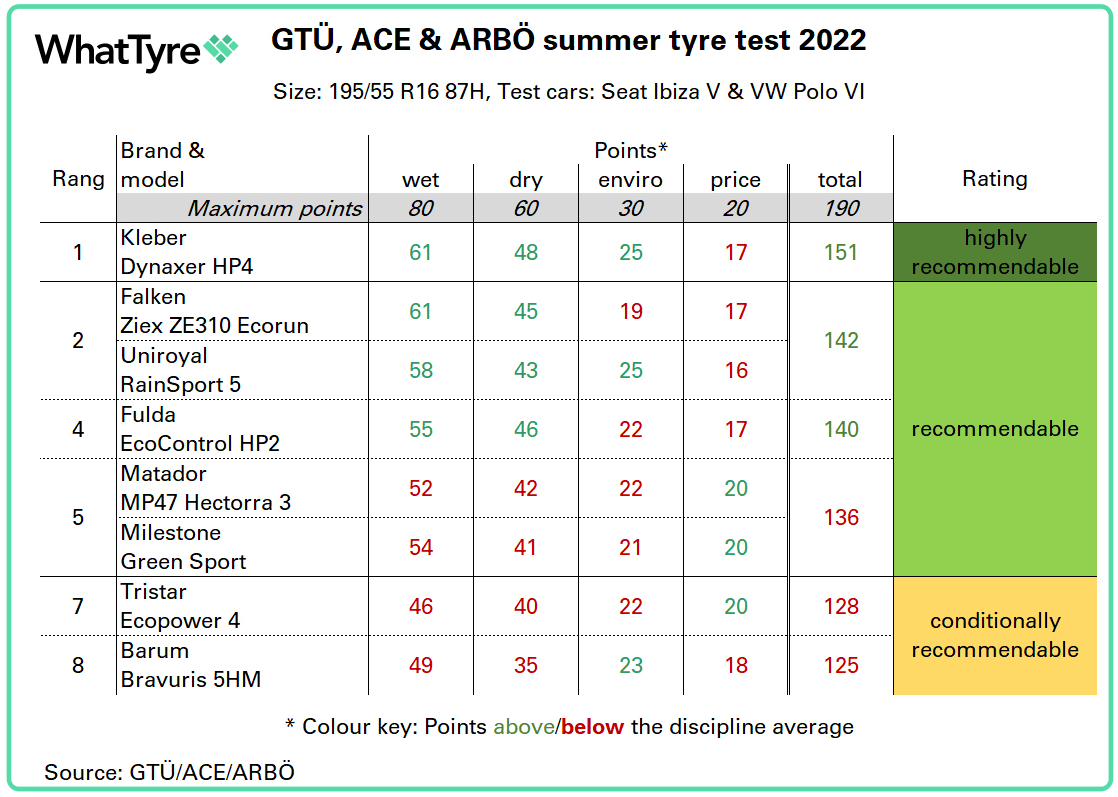