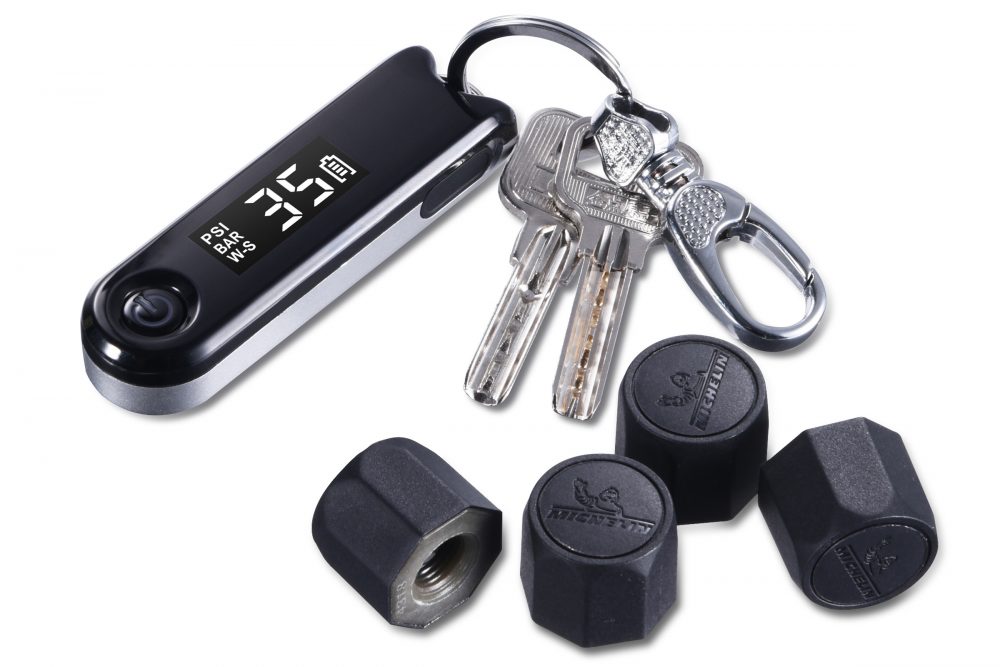 The keyring tool is designed to help drivers check their tyre pressures in seconds. It is compatible with almost any type or age of car, 4×4, van, motorcycle, motorhome and caravans with a tyre valve fitted. The tool offers precise tyre pressure readings without the hassle of connecting a pressure gauge to the valve.

It comes with small NFC-enabled pressure sensors to replace the valve cap on each tyre. The driver only needs to hold the digital pressure checking tool against the sensor, and the pressure is shown on a backlit digital display – accurate to within 1.5 psi. The sensors do not require batteries and the pressure checker is recharged via the supplied USB cable.

Motorists are advised to check tyre pressures at least once a month and before any long journey. But a Michelin survey found almost 40 per cent of drivers had at least one dangerously under-inflated tyre. Furthermore, a separate survey of more than 1,000 new drivers carried out by FirstCar, in conjunction with Arval, ATS Euromaster and Michelin, found 29 per cent had never checked their tyre pressures. 45 per cent of those admitted they didn’t know how to.

Of those who had checked their tyre pressures, just over half claimed to do so weekly (22 per cent) or monthly (33 per cent). But of concern were those who admitted they only checked them quarterly (17 per cent), when the tyres ‘look low’ (13 per cent) or ‘if someone tells them to’ (11 per cent).

To support Road Safety Week, Fit2Go TPMS is offering 10 per cent off the Michelin Pressure Checker with discount code RSW10. The code can be used at www.fit2gotpms.com and is valid until 31 March 2020.