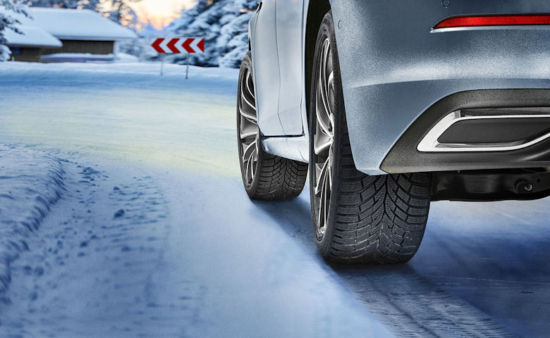 Introducing the duo, Continental comments that given the parameter shifts in car tyre performance in recent years, it’d be forgivable to assume little room exists for further improvement. “And yet the WinterContact TS 870 and WinterContact TS 870 P from Continental prove the very opposite,” it stresses. “There is still scope for quantum leaps in tyre technology.”

The TS 870 takes the baton from the WinterContact TS 860 and, like its predecessor, combines winter performance with wet-weather properties. Continental shares that the new generation tyre also achieves a further reduction in rolling resistance and an increase in mileage.

The WinterContact TS 870 is an all-new product, developed from the ground up in terms of its construction, tread pattern design and compound. Continental reports that the outcome is a model that, in a direct comparison with its predecessor, delivers three per cent shorter braking distances on ice and five per cent better handling on snow. The tyre maker also reports imrpoved grip on snow, wet weather properties and handling on dry roads.

Given the conflicting safety versus environmental objectives that regularly confront development engineers, Continental considers the progress made in both areas impressive: A ten per cent increase in mileage is accompanied by a two per cent reduction in rolling resistance.

Grip on snow is aided by newly-developed 3D interlocking sipes, set at the “best possible angle to engage with the snow.” Tread blocks interlock with snow more effectively as they dig deeper into it, delivering extra grip. The presence of deep sipes, arranged parallel to the diagonal grooves, provides additional safety. These sipes present a large number of edges, enabling the dynamic forces to be transferred more effectively and delivering good straight-line and cornering grip on snow-covered roads.

For Continental’s tyre development team, one of the benefits of this design was that it allowed them to create even larger snow pockets in the tread. These fill up with snow and ensure even better grip. Explaining the phenomenon in simple terms, Continental notes that the best grip on snow isn’t delivered by adhesion between the contact patch and the snow-covered road, but by adhesion between snow and snow. The snow gets into the tread grooves where it is compacted. And this compacted snow in the tyres then interlocks with the snow on the road. The more the tread grooves retain the compacted snow, the better the grip.

This is where Continental employs SnowCurve+ technology. Tyres with this technology feature a special groove wall structure that interlocks with the compacted snow at more than 1,000 points in the tread. According to Continental, this delivers greater grip and makes for better transmission of braking forces – particularly when cornering.

To further reduce braking distances on slippery winter roads, Continental has increased the number of tread blocks in the WinterContact TS 870 contact patch by as much as ten per cent. The edges and sipes in these blocks act like windshield wipers, dispersing snowmelt fast and ensuring good grip on icy surfaces.

The WinterContact TS 870 features the V-shaped tread pattern now adopted by many tyre manufacturers. But Continental wishes to point out one particular “striking innovation” – the main V-shaped grooves run towards a wavy centre groove that runs around the tyre. This gives this new winter specialist a very different look from most of its competitors. But that’s not all.

Through a combination of Hydro Grooves and the centre groove, the development team has achieved faster water displacement when driving in the rain. This provides even more effective protection against aquaplaning and delivers a further improvement in wet braking performance. Another factor that helps achieve short braking distances is the newly-developed tread compound which, as in the previous model, goes by the name of Cool Chili. Its blend of special resins ensures better grip and shorter braking distances in the wet.

As for green credentials, Continental says the secret behind the tyre’s enhanced environmental properties lies above all in the polymer compound. The optimised crosslink density makes for greater flexibility, improving the quality of the contact between tyre and road. This reduces abrasion and increases the tyre’s mileage. At the same time, the Cool Chili compound reduces its rolling resistance.

Continental developed the WinterContact TS 870 for models like the VW up!, the VW Golf and the Citroën C4, as well as cars such as BMW 1 Series and 3 Series. The product range initially comprises 19 sizes for 14- to 17-inch rims with aspect ratios from 45 to 65 and in widths from 175 to 225 millimetres – some with a rim protection rib and/or XL marking indicating higher load-carrying capacity. Next year, Continental will add a further 45 sizes to the range, including tyres approved for speeds of up to 240 km/h. 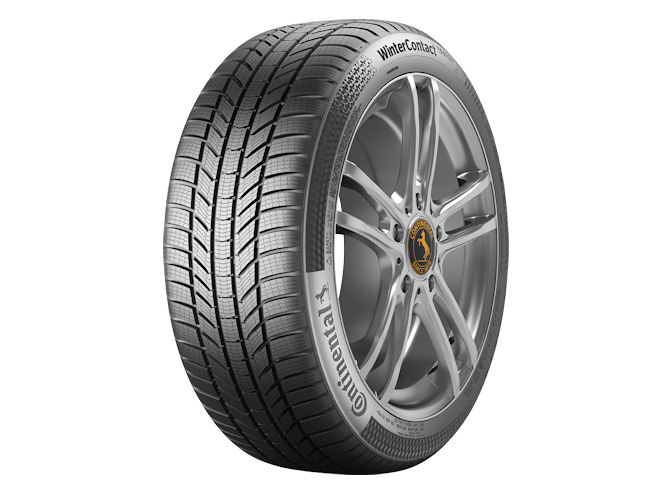 Continental will gradually introduce the WinterContact TS 870 P as successor to the TS 850 P. As with its smaller sibling, the WinterContact TS 870 P Continental employs an enhanced Cool Chili compound and uses Hydro Grooves. To deliver added safety for drivers who fit wider tyres, Continental’s developers have chosen to move away from the conventional V-shaped tread. Instead, for the WinterContact TS 870 P they have selected a stiffer construction with four large circumferential grooves running between the rows of tread blocks. This tread structure is very different from that of the predecessor tyre and Continental says it offers major advantages, particularly in the wet. It displaces the water from the contact patch very quickly, resulting in better handling, shorter braking distances and effective protection against aquaplaning.

The product range initially comprises 52 passenger car and SUV sizes for 16- to 21-inch rims with aspect ratios from 35 to 65 and in widths from 205 to 255 millimetres – many with a rim protection rib and/or XL marking indicating higher load-carrying capacity – and with approvals for speeds of up to 270 km/h. Continental points out that the tyre’s stiff construction also makes it an “excellent choice” for heavier models with electric drive.