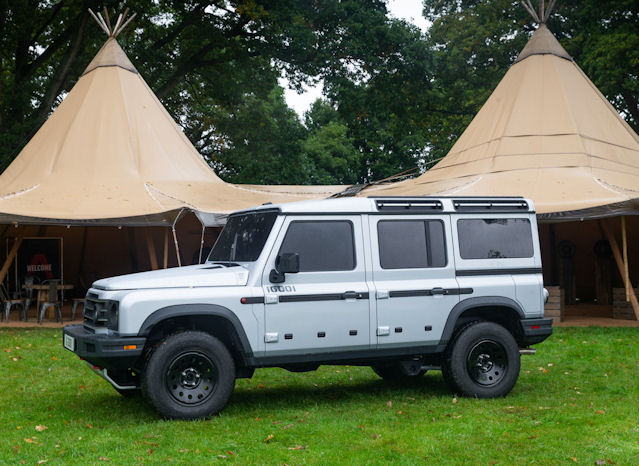 Named after the pub in London where Jim Ratcliffe, chairman of chemicals company Ineos, first gained inspiration for his 4×4, the Grenadier’s remit is to continue the utilitarian legacy of the original Land Rover. Ratcliffe even attempted to acquire the Defender’s tooling, and although his efforts were unsuccessful the Grenadier still bears a striking resemblance to the quintessential British 4×4.

“At Bridgestone we love working with automotive newcomers who force us to continuously innovate and improve what we do,” comments Steven De Bock, vice president of Bridgestone EMIA’s Consumer business unit. “Ineos Automotive is a company that is building a vehicle from the ground up with the end user at the heart of the design. It’s an exciting opportunity and we’re thrilled to be involved in a project that has interested so many people around the world.”

Taking ‘Built on Purpose’ to heart

Ineos is building the Grenadier as a 4×4 that can take on the world’s most remote places. To deliver on that objective, Bridgestone has produced a specifically-tuned Dueler A/T 001, increasing the tyre’s maximum load capacity to allow for the weight of the vehicle and increase the weight capacity for drivers; a new compound to deliver enhanced performance in snowy terrains and achieve Three Peak Mountain Snowflake (3PMS) certification; and optimised ride and handling when the vehicles are in fully laden conditions – including towing.

“We are very pleased to work with Bridgestone as the supplier of the standard equipment tyre for the Grenadier. The team at Bridgestone has taken our ‘Built on Purpose’ message to heart in tailoring the Dueler A/T 001 to our requirements,” says Mark Tennant, commercial director at Ineos Automotive.

Ineos Automotive has commissioned a short documentary series, titled ‘Building the Grenadier’, to showcase the 4×4’s development. Episode six of this series, Kicking the Tyres, explores the Grenadier’s wheels and tyres and features an interview with Andy Mathias, Bridgestone EMIA’s marketing manager for the North Europe Region.