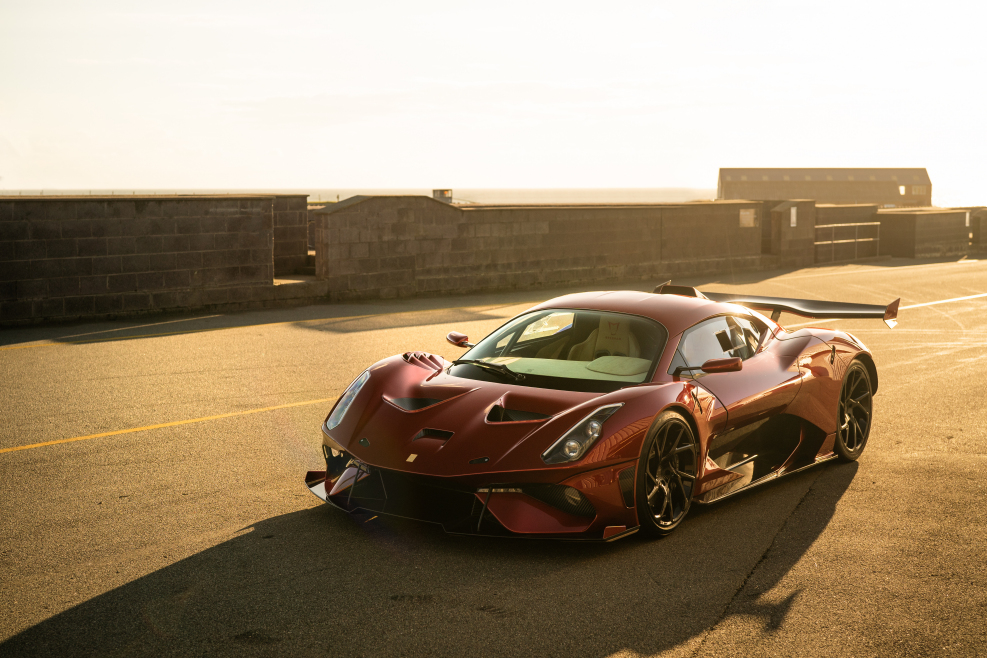 Goodyear and Brabham Automotive rekindled their working relationship in 2019, and have once again teamed up. Goodyear is supplying its Eagle F1 SuperSport RS as original equipment tyre for the road-going version of the Australian-made supercar, the Brabham BT62R.

The car takes its name from Sir Jack Brabham, who remains to this day the only driver to win a Formula 1 World Championship in a car of his own construction. The Brabham organisation began in 1962 and a partnership with Goodyear followed three years later. Sir Jack’s BT19 became the machine to beat in 1966, his third and final championship year.

Goodyear and Brabham would win championships and races together through into the 1980s, and the tyre maker would contribute to over 50 world drivers’ or constructors’ championships and hundreds of race victories until 1997. The two companies reunited in 2019 and returned to the racetrack. The Brabham BT62 track day car carries on the tradition of the family’s racing pedigree. Brabham designed the 700 horsepower, lightweight, 6-speed drive, aerodynamically advanced racer with the same ideologies in mind that applies to any top race car.

“When we launched the BT62, we launched it as the ultimate track car,” says David Brabham, Sir Jack’s youngest son. “If you look at the incredible history that Brabham has had in Formula 1, I kind of felt like it was my duty to bring the name back to life. And then all of a sudden, we thought ‘right, we need to go racing’.

“We approached Goodyear, we did a test, and we tried their F1 SuperSport tyres, and it was just the perfect match. The balance between the car and the tyre and the driver was exactly what we needed, and we won.” Brabham David took the chequered flag on the car’s competitive debut in 2019 with co-driver Will Powell in the Britcar ‘Race into the Night’ for sportscars, touring cars and production cars at a typically soaked Brands Hatch.

Goodyear considers its Eagle F1 SuperSport RS the “ideal solution” for a car used on both racetracks and public roads. The tyres “deliver the performance desired for the track enthusiast” while negotiating the everyday surfaces that dedicated racing tyres are not suited to.

“Racing is a part of both Goodyear and Brabham’s DNA, it’s a perfect platform for the two brands to work together,” said Ben Crawley, director of motorsports for Goodyear Europe. “When Goodyear develops tyres for a race car, they are bespoke, competition spec. When we translate that across to a road-going track car like the BT62R, our Eagle F1 SuperSport RS tyres draw on that racing expertise.”

More than 50 years on from Sir Jack’s famous title success with Goodyear, it is no secret that David’s desire is for the marque to head to Le Mans once more and bring home a win. With Goodyear already having a strong involvement in the endurance race as the sole supplier of the LMP2 class, major motorsport success for Brabham and Goodyear together once again may be more than just a dream.

Concluding, David said: “The relationship between Goodyear and my father and the Brabham racing history was very much part of the ingredients of making this car the BT62R. To get the name back out there and where it is today with what we’re doing means a lot to me and my family.

“It’s a shame that my father wasn’t around to see this come to life but I’m sure he’d be pretty happy. The partnership between Goodyear and Brabham Automotive for our car on the track on the road is extremely important.”