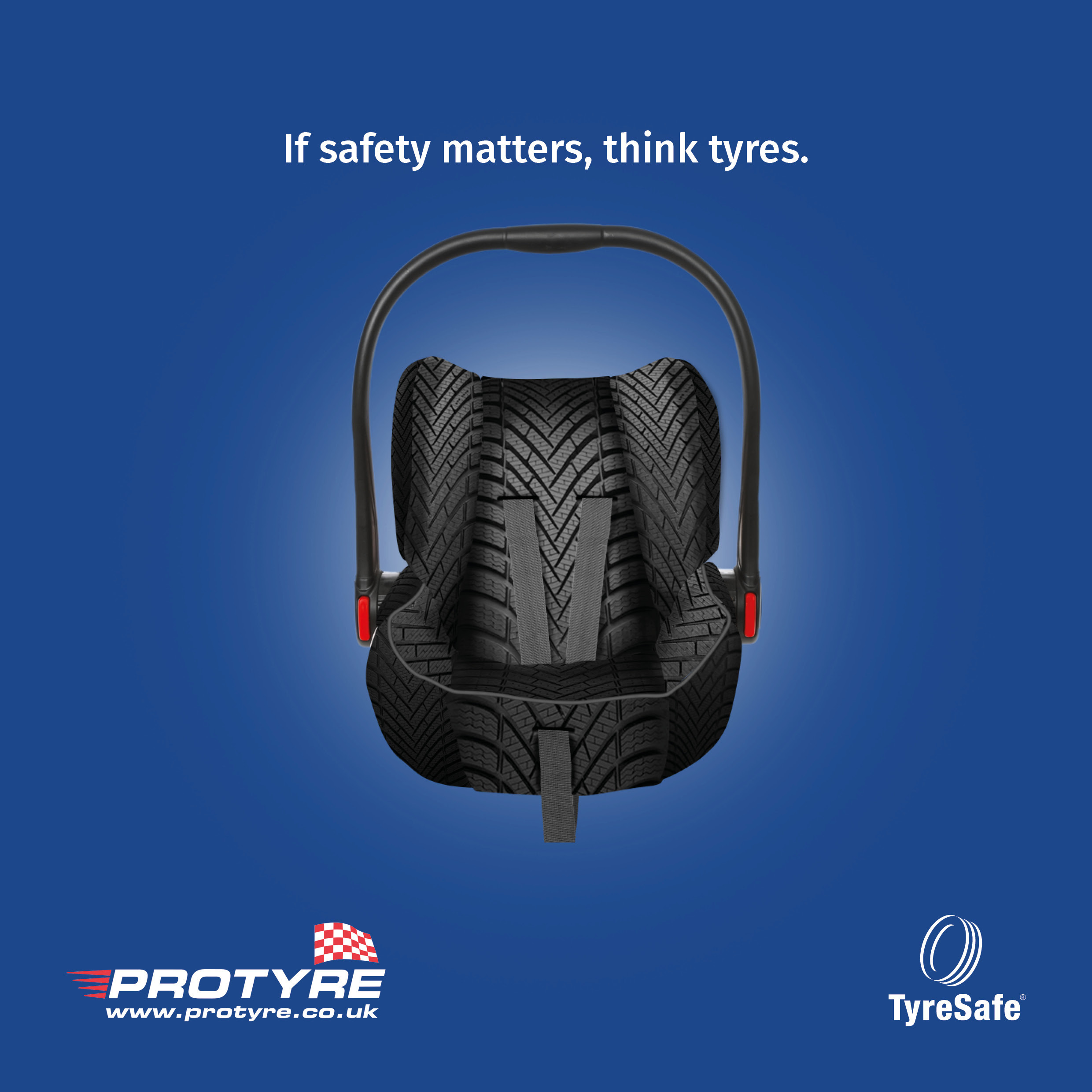 Almost one in three parents could be driving their kids around on dangerous tyres, according to new research from Protyre. The alarming findings come from a new online YouGov survey commissioned by Protyre – the UK’s fastest growing tyre retailer– as part of this year’s nationwide Tyre Safety Month.

In the YouGov survey, Protyre found that just under a third of British parents with children aged 18 and under who own a car admitted to only checking the safety of their tyres every three months or  less, with some not checking them at all. Further survey findings showed that parents regularly check more visible child safety equipment, such as seat belts and car seats than they did their tyres.

The survey results also raised serious concerns about parents’ priorities when carrying out essential child safety checks on their car before setting off on a journey. While over three fifths of parents who own a car said checking their child had been to the toilet was important, only just over half (52 per cent) considered checking tyres to be important.

The prioritising of toilet checks over tyre checks is an alarming finding but there was some positive encouragement, with over three in four (76 per cent) of parents surveyed saying that they consider tyre safety to be very important.

However, stats on demounted tyres below the legal tread depth, recorded monthly by Protyre, suggest that motorists, including parents, may only be paying lip service to the notion of tyre safety.

From 2018 when the number of illegal tyres taken off at Protyre centres hit an all-time high of 58.9 per cent, the figure has remained fairly constant around the 58 per cent mark. It’s further compelling evidence that while the public may recognise the importance of tyre safety, they are not putting that awareness into practice by carrying out regular tyre checks.

Simon Hiorns, Protyre retail director, said: “These findings from our latest survey are very alarming and raise concerns about how much the public are taking on board the importance of tyre safety.

“As part of TyreSafe Tyre Safety month, Protyre wants to remind parents and motorists generally, that tyre safety is just as important as things like seat belts and child car seats.

“It’s extremely concerning, as our survey results show, that parents are failing to carry out frequent and adequate enough checks on their vehicle’s tyres and as a result are putting their children at risk by driving on potentially dangerous tyres.

“This year’s Tyre Safety Month campaign message to motorists is to ACT; a call to action to check tyres a least once a month for Air pressure, Condition and Tread depth. By using this easy to remember acronym motorists can act now to ensure their tyres are safe.

“If drivers need further advice and help with checking their tyres, Protyre will be carrying out free tyre checks across our 200 strong UK wide fast fit Autocentre network throughout Tyre Safety Month.”